"It's been a month already," wrote Patralekhaa 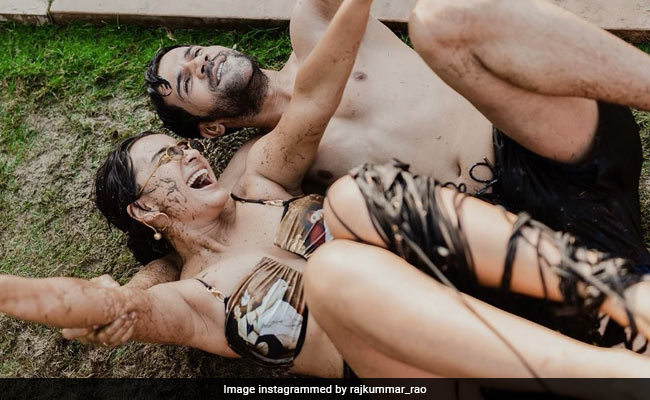 It's been a month since Rajkummar Rao and Patralekhaa got married in an intimate ceremony in Chandigarh. The couple, who had been dating for over 11 years, never fail to give us couple goals. The actors, who celebrate their love everyday, shared some happy pictures from their wedding festivities to wish each other on social media on their first month anniversary. Rajkummar Rao wrote for his wife: "Mera yaar tum, mera pyaar tum, mera dil bhi tum, dildaar tum." Patralekhaa, on the other hand, used quote by Beethoven to sum up her love for Rajkummar. "Ever thine. Ever mine. Ever ours... It's been a month already," she wrote.

This is what Patralekhaa posted:

Last month, Rajkummar, after getting married, shared a super cute picture with Patralekhaa and he wrote in his caption: "Finally after 11 years of love, romance, friendship and fun, I got married to my everything today, my soulmate, my best friend, my family. Today there is no greater happiness for me than being called your husband Patralekhaa. Here's to forever... And beyond." For the wedding, the couple wore outfits by Sabyasachi.

Rajkummar Rao stepped into the film industry with Love, Sex Aur Dhokha. His breakout role was in the 2013 film Kai Po Che! Rajkummar has also featured in critically-acclaimed films like CityLights, Shahid, Omerta, Newton and Aligarh. The actor recently starred in Hum Do Hamare Do. His upcoming projects include Badhaai Do and Monica, O My Darling.