We just can't get enough of this newlywed couple 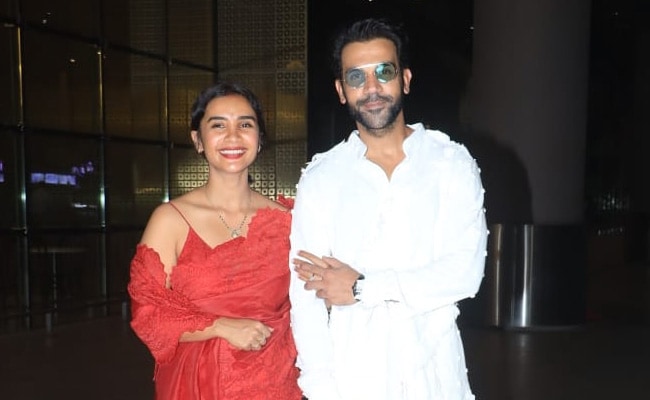 Bollywood stars Rajkummar Rao and Patralekhaa, after their big fat wedding in Chandigarh, were spotted together for the first time. The couple, who returned to Mumbai, were photographed by the paparazzi on Wednesday night at the Mumbai airport. The actor looked charming as ever in a white kurta-pajama set, while Patralekhaa looked absolutely stunning in a red saree. The newlyweds were seen wearing masks in some of the pictures. They happily posed for the shutterbugs. Their smiles said it all. The couple got married in an intimate ceremony on Monday.

See the pictures of the newlywed couple here: 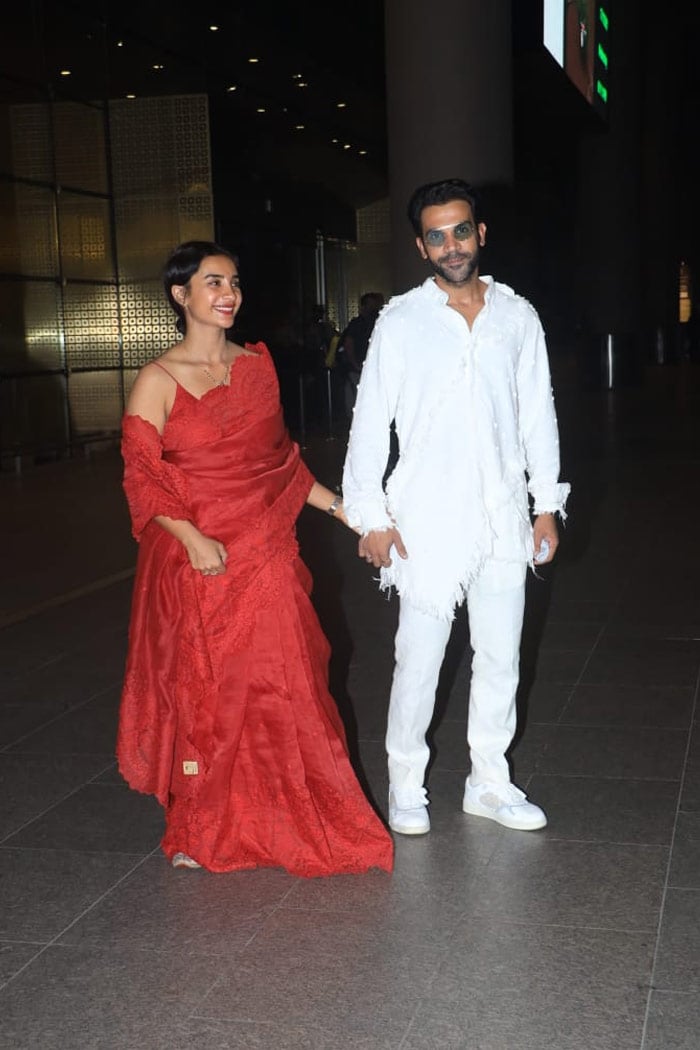 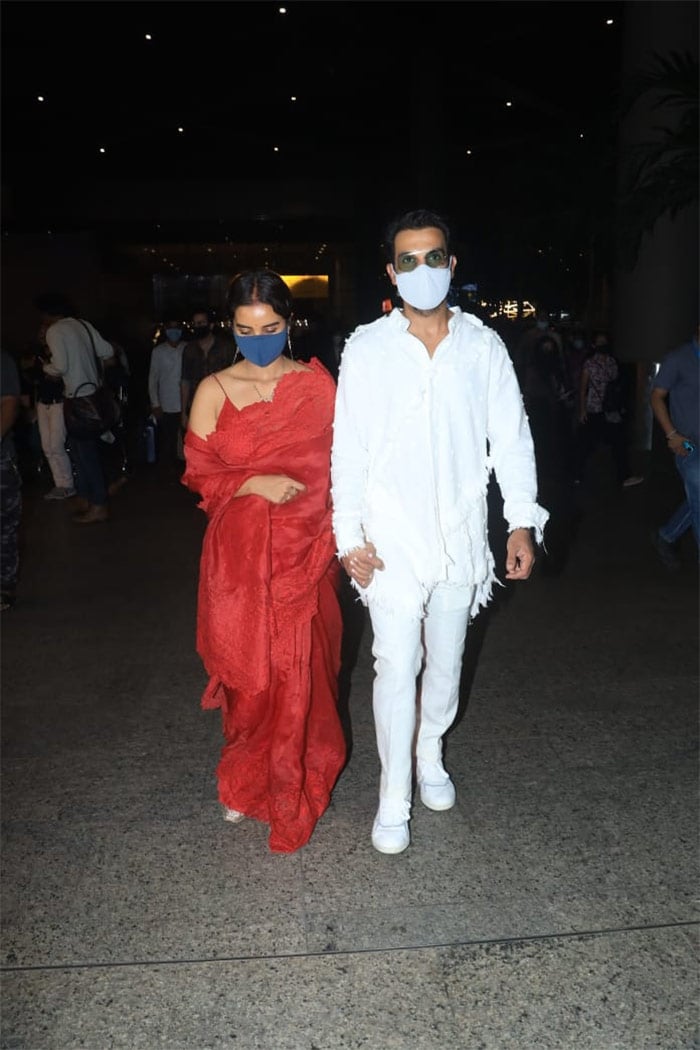 Patralekhaa and Rajkummar at the airport. 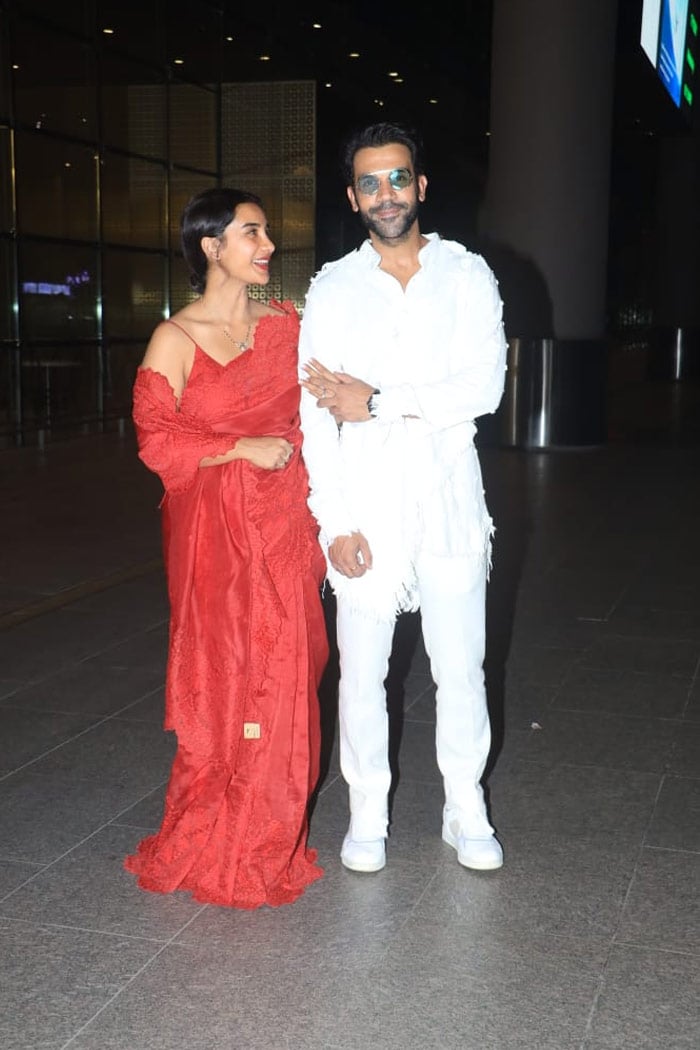 How cute is this picture

Rajkummar, after getting married, shared a super cute picture with Patralekhaa and he wrote in his caption: "Finally after 11 years of love, romance, friendship and fun, I got married to my everything today, my soulmate, my best friend, my family. Today there is no greater happiness for me than being called your husband Patralekhaa. Here's to forever... And beyond." For the wedding, the couple wore outfits by Sabyasachi.

Rajkummar Rao stepped into the film industry with Love, Sex Aur Dhokha. His breakout role was in the 2013 film Kai Po Che! Rajkummar has also featured in critically-acclaimed films like CityLights, Shahid, Omerta, Newton and Aligarh. The actor recently starred in Hum Do Hamare Do. His upcoming projects include Badhaai Do and Monica, O My Darling.