Where are all the fake pilots, asks Delhi police 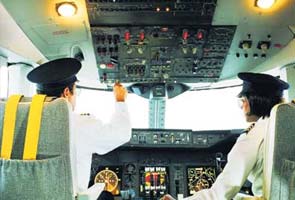 New Delhi: The Crime Branch of Delhi Police on Monday issued a lookout notice against three pilots and a flying instructor for their involvement in the fake pilot licence scam.

"We have issued a lookout notice against flying instructor Deepak Atslar, pilots Bhupinder Singh, Syed Habib Ali and Swarn Singh Talwar. Habib and Swarn were supposed to be working with Indigo airlines," said DCP (crime) Ashok Chand.  Sources said that the Central Bureau of Investigation (CBI) is likely to take over the probe.

Meanwhile, the police said all these pilots who are under investigation have quit their jobs and are now absconding. Despite several notices, none of them have reported to the police and the cops suspect they might even try to flee the country.

"During the investigation, we found that Bhupinder's family lives abroad. So there are chances that to avoid the arrest, he might try to leave the country. The other two pilots have also not been traced since we started arresting these 'fake' pilots," said a police officer.

Promoted
Listen to the latest songs, only on JioSaavn.com
He added that police's suspicion was further strengthened when one of the suspected pilots, Meenakshi Sehgal of Indigo Airlines, didn't answer subsequent notices served on her by the police.

"The accused Meenakshi answered our first notice and came to our office on March 16, promising that she will cooperate further in the investigation. But after that she never came to our office. So we decided to take further action, but in the meantime she surrendered in a local court. We suspected that she was trying to flee the country but being a resident of Delhi she might have realised that she would be caught, so she surrendered," he said. He further added that if cases of pilots having fled the country come to light, the police will take help of Interpol to nab them.