Delhi government and all agencies concerned should swing into action now as now stubble burning has stopped. The NCR only has to tackle the problem now, Mr Javadekar said. 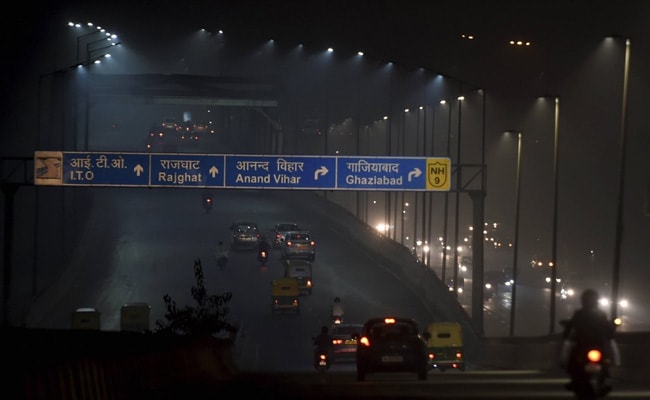 In a message from his residence in Delhi, Mr Javadekar said the top pollution watchdog, Central Pollution Control Board, has issued a notice to the Delhi government to take strict and swift action on the complaints forwarded to it about activities causing pollution in Delhi and the National Capital Region.

The minister said the CPCB has received several complaints that activities like biomass and garbage burning, improper waste disposal, violation of construction and demolition waste rules, unpaved roads and dust, which cause pollution, are still being carried out in the national capital and NCR.

CPCB's 50 teams inspect Delhi and NCR every day and submits the complaints and observations from those visits to the agencies concerned. Yet, some work is done, some not. Hence, the CPCB has issued a notice to the Delhi government asking it to take necessary and swift action on complaints we are forwarding to it, he said.

Delhi government and all agencies concerned should swing into action now as now stubble burning has stopped. The NCR only has to tackle the problem now, Mr Javadekar said.

In its notice, the CPCB has directed the Delhi government to ensure immediate action on complaints and take strict action against industrial activities including tyre pyrolysis, burning of tyre and other wastes.

It is to bring to your information that as per the forecast on the Indian Meteorological Department, air quality is likely to remain in very poor category owing to unfavourable meteorological conditions for disposal of the pollutants for the next few days," the notice said.

Incidences of stubble burning (are) almost coming to an end, and air quality continuing to remain in very poor category, it is important that local sources are dealt with effectively. Based on feedback received from 50 teams deployed in the fields since October 15, sources are open dumping of garbage, construction/demolition activity, unpaved roads/pits, and resuspension of road dust, said the notice signed by PK Gupta, CPCB Divisional Head, Air Quality Management (AQM).

It said the main areas of concern are pollution hotspots - Narela, Anand Vihar, Mundka, Dwarka and Punjabi Bagh in Delhi and Faridabad, Jhajjar, Noida and Bhiwadi in the NCR.

As per the analysis and number of complaints received, south, south-west district, north, north-west, and north east districts of Delhi and Jhajjar, Bhiwadi, Gurugram north, Gautam Buddha Nagar and Noida in NCR are the areas that need to take actions to control air pollution due to construction/demolition activities, open dumping of garbage, road dust and industrial emissions," the notice said.

I am directed to request you to ensure that agencies take further necessary action for controlling emissions from local sources. Agencies must also address complaints made on 'Sameer App' and all social media platforms on priority, it said.