The police will investigate if Tanwir, who was arrested in Delhi encounter, had any role to play in the communal clashes in Kasganj in which a 22-year-old man was shot dead 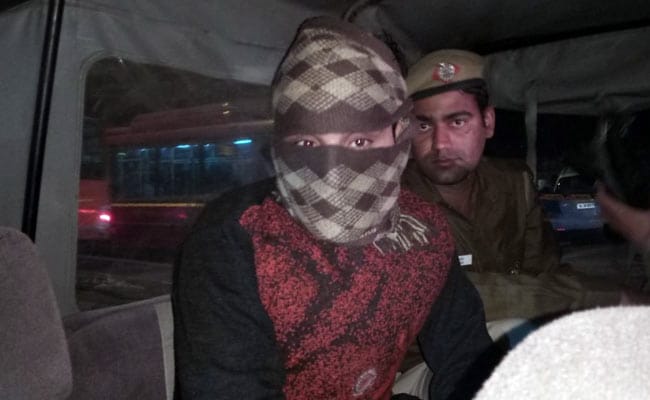 Tanwir, who is from kasganj, was hit twice, but he survived as he was wearing a bulletproof vest.

New Delhi: A sharpshooter from Uttar Pradesh's Kasganj, where communal clashes broke out on Republic Day, was arrested after an encounter in Delhi this morning. His accomplice escaped. A member of what the police call the "Chhenu" gang in UP, Tanwir alias Munnawar, is wanted in a number of cases, including a double murder in Delhi and a case of firing at policemen. Tanwir carried a Rs 70,000 reward for his capture.

The police had information that Tanwir would reach Okhla Mandi in southeast Delhi with an accomplice early this morning. Security was increased and the entire area was barricaded to restrict their movement. As soon as they entered the area in a Swift car, they opened fire on the police team. The police retaliated and attacked their vehicle. Several rounds were fired and Tanwir was hit twice. He survived as he was wearing a bulletproof jacket. The cops overpowered him, but his associate managed to escape. Tanwir was arrested and taken to the hospital. Two policemen were also injured in the encounter. An exchange of fire took place between the cops and Tanwir this morning.

Tanwir has a dozen cases of murder and loot against him in Delhi and UP. In 2016, he fired at police officers in Delhi and escaped. He was involved in murder of two youngsters in Brahmpuri and Seelampur in Delhi last year, the police said. The incident was caught on the CCTV camera, but Tanwir and his men couldn't be arrested. Tanwir and his associate came in a Swift car, hit barricades and opened fire at police.

Besides other cases, the police will investigate if Tanwir had any role to play in the communal violence in Kasganj in which a 22-year-old man was shot dead. The victim, Chandan Gupta, was among the bikers who had participated in a "Tiranga Yatra" organised by the Vishwa Hindu Parishad and the Akhil Bharatiya Vidyarthi Parishad (ABVP) to mark Republic Day on January 26.

Various accounts suggest that the violence broke out when the "Yatra" -- featuring bikers and others holding the tricolour as well as saffron flags -- tried to pass through a Muslim-dominated area. Several gunshots are heard in the short clip apparently filmed from a rooftop around the time Chandan Gupta was shot dead.

The violence escalated after Mr Gupta's death, several "revenge" attacks took place over the next few days. The police have filed seven FIRs or First Information Reports and over 100 people, including one of the main accused, have been arrested.
Comments
okhla encounterchhenu gangOkhla Mandi