Man Arrested For Killing In UP's Kasganj, He Shot From Balcony, Say Cops

Saleem, who runs a cloth store in Kasganj, has been accused of firing the shot that killed Chandan Gupta on Friday.

Kasganj Violence: Saleem fired from either roof or balcony of his house, as per statements of witnesses

Saleem, who runs a cloth store in Kasganj, has been accused of firing the shot that killed Chandan Gupta on Friday.

"(Saleem) fired from either the roof or the balcony of his house, as per statements of some witnesses. Some weapons were recovered in the last two days and we are hoping to do a ballistics match between them and the bullet found in Chandan's body," said Anand Kumar, a senior police officer in charge of law and order.

It is not clear if Saleem has a criminal record. Two of his brothers have also been named in the killing that took place after a "Tiranga Yatra" to mark Republic Day in the town around five hours from state capital Lucknow. 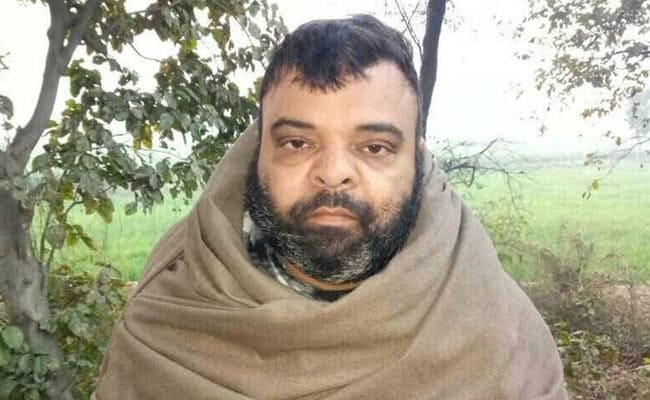 It is not clear if Saleem has a criminal record

​Chandan Gupta's father has alleged in his police complaint that the accused stopped his son, snatched and threw away his national flag, tried to make him shout pro-Pakistan slogans at gunpoint and shot him in the head when he refused.

A total of 20 people have been named by the police.

Chandan was among the bikers who participated in the "Tiranga Yatra" organized by the Vishwa Hindu Parishad and the Akhil Bharatiya Vidyarthi Parishad (ABVP).

Various accounts suggest that the violence broke out when the "Yatra" - featuring bikers and others holding up the national flag and saffron flags - tried to go through a Muslim-dominated area.

The police are investigating a video in which young men are seen on a road armed with guns, sticks and clubs, apparently from the part of the town where the clashes took place. They say the video was shot from a rooftop around the time when Chandan was killed.

Promoted
Listen to the latest songs, only on JioSaavn.com
"We are trying to reconstruct the sequence of events," said Anand Kumar, an Additional Director General with the UP police.

On the "Tiranga Yatra" and criticism of the police for allowing it, Mr Kumar said: "The Tiranga (tricolor flag) is a national symbol and should not evoke any controversy." He added that all district administrations were taking steps to ensure that the atmosphere was not vitiated during any "Tiranga Yatra".