Fire At Junkyard Near Metro Station In South Delhi Under Control

Delhi junkyard fire: After receiving a call, 12 fire tenders rushed to the spot and no casualties have been reported so far, according to the fire department. 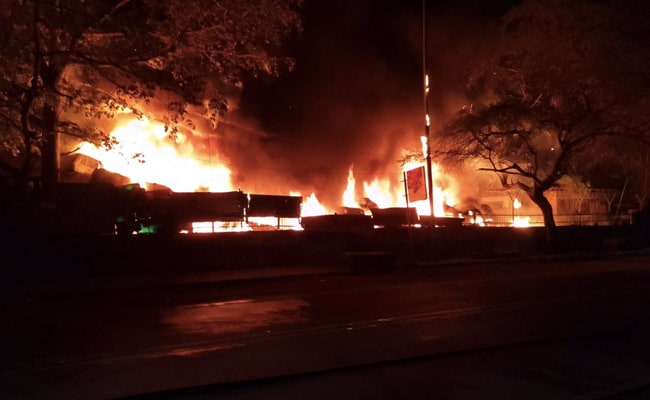 Delhi junkyard fire: An official said the fire is now under control.

A fire broke out at a scrapyard in Swami Nagar district park near Chirag Delhi in the early hours of Wednesday.

After receiving a call, 12 fire tenders rushed to the spot. According to the fire department, no casualties have been reported so far.

"We received a call around 3:45 am. 12 fire tender was on the operation...around 4:25 it was marked as an A-4 category. Then it was upgraded to A-6 around 4:55 am. Now the fire is under control and no causality reported. This is the junkyard of the old car," Rajesh Kumar Shukla, Assistant Divisional Officer informed.