The bench set up the committee after taking note of news reports that claimed the drainage system in the city was archaic and needed to be upgraded. 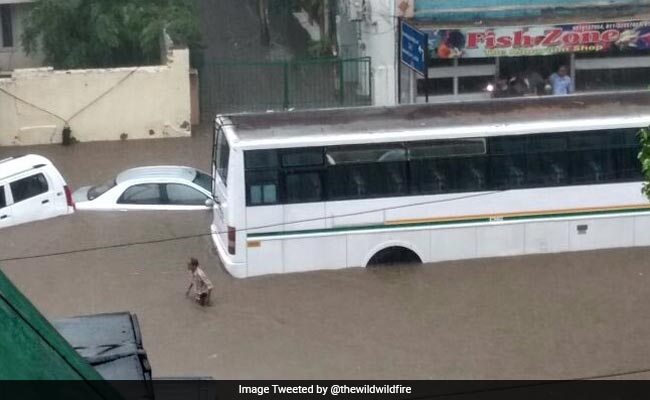 The Delhi High Court today said "emergency efforts" were required to ensure drains here are free of obstructions to stop rainwater and sewage from stagnating on roads.

A bench of Acting Chief Justice Gita Mittal and Justice C Hari Shankar said sewage and storm water have to be dealt with and directed authorities concerned to draw up an action plan for drainage of both.

The court appointed a panel headed by the Delhi Jal Board (DJB) chief executive officer to look into difficulties in drainage of storm water and sewage in the national capital.

The bench set up the committee after taking note of news reports that claimed the drainage system in the city was archaic and needed to be upgraded.

The court said given the multiplicity of authorities and their "inability to undertake the minimalistic task" of ensuring proper drainage, it was "essential" to monitor the same so that woes of residents are addressed.

The bench on July 26 had asked the municipal and other civic bodies, which manage the storm water drains, to map all such drains indicating the geographical areas they service.

The court was hearing a PIL initiated by it after taking note of news reports about roads being waterlogged and disruption of traffic, after heavy rainfall between July 10-13 in Delhi.

Taking suo motu cognizance of the news reports, the bench had asked the Delhi government and the civic agencies why waterlogging was a recurring problem every time it rains, and sought to know the steps taken to prevent it.

It had said the fallout of waterlogging was not only loss of man-hours with people unable to reach their destinations in time, including hospitals, but the idling engines of vehicles would add to air pollution in the city.

The flooded roads and pavements would also lead to spread of water-borne and vector-borne diseases, the court had said.