Delhi's Air Quality Worsens; No Improvement In Sight For Another 3 Days

The share of stubble burning in Delhi's pollution stood at 10 per cent on Monday, the lowest since Diwali. 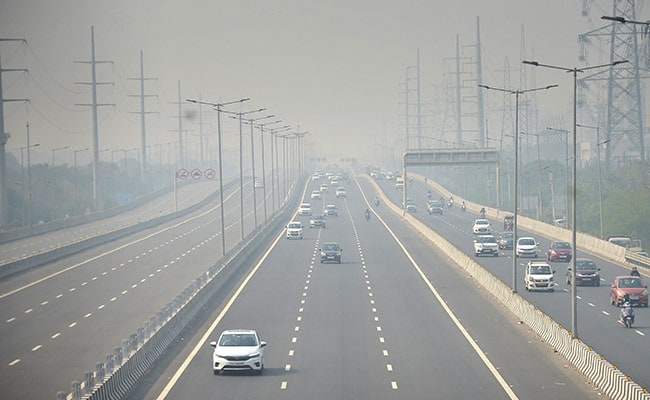 Delhi's air quality deteriorated marginally on Monday and no improvement is predicted over the next three days, authorities said.

The share of stubble burning in Delhi's pollution stood at 10 per cent on Monday, the lowest since Diwali (November 4).

On an average, farm fires have accounted for around 25 per cent of the PM2.5 pollution in Delhi from November 1 to November 15.

According to an analysis by the Delhi Pollution Control Committee (DPCC), people in the national capital breathe the worst air between November 1 and November 15 every year, as unhelpful meteorological conditions trap pollutants from local sources and stubble burning in neighbouring states of Punjab and Haryana.

A significant drop in emissions from farm fires had brought the capital's 24-hour average AQI down from 437 on Saturday to 330 on Sunday.

The Ministry of Earth Sciences' forecasting agency SAFAR said the air quality is unlikely to improve on Tuesday as the transport-level wind speed is increasing resulting in more intrusion of stubble burning-related pollutants into Delhi.

"Calm local winds also reduce dispersion of pollutants. So the air quality is expected to remain in the higher end of the very poor category tomorrow," it said.

The transport-level wind direction is likely to be easterly on Wednesday and Thursday, which will prevent intrusion of farm fires-related pollutants into Delhi, it said.

However, surface winds in Delhi will slow down further on November 17 and 18 reducing dispersion of pollutants.

"Overall, the AQI is expected to be in the very poor category range for the next three days," it said.

The weatherman has forecast mainly clear sky for Tuesday with shallow fog in the morning.