The accused, Ashish Pandey, hails from Lucknow and is the son of former BSP lawmaker Rakesh Pandey. 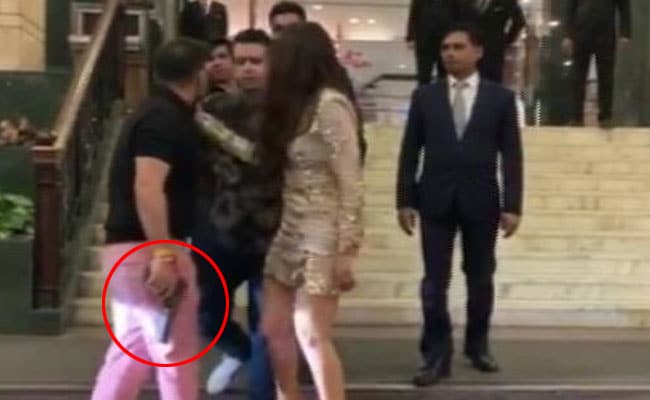 A Delhi court on Wednesday issued a non-bailable warrant (NBW) against the son of a former BSP parliamentarian for allegedly brandishing a pistol at guests and threatening them in the foyer of a five-star hotel, a video of which went viral on social media.

The court passed the order on the plea of Delhi Police which had registered an FIR on the complaint of the assistant security manager of The Hyatt Regency alleging that one person was flagging pistol in his hand in the porch area of the hotel after a tiff with a guest.

The police told the court that during the investigation, the CCTV footage of the incident was obtained and identity of the accused was established as Lucknow native Ashish Pandey.

"A police team was dispatched at the address of the alleged and it has been informed that the team conducted raid at the said address but the accused was not found," the police said, adding he had absconded.

He was "deliberately evading the process of law and no clue about the present whereabouts of alleged came on record and further raids are being conducted at the possible hideouts of the alleged person," the police said.

The accused is wanted as he is deliberately evading the process of law, therefore, NBW against him may be issued, the police said in its plea.

A video of the incident that occurred early on Sunday went viral on social media resulting in public outrage. It prompted the police to step in and launch a hunt for the accused who has since been missing.