The national capital has been receiving rainfall since yesterday causing waterlogging in several parts of the city. 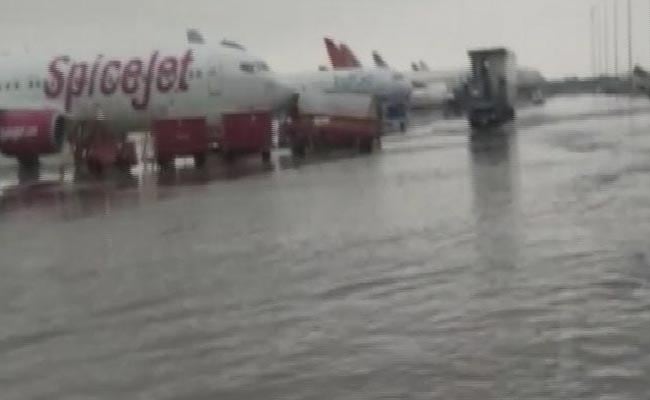 As many as four Delhi-bound domestic flights were diverted to Jaipur and one international flight was diverted to Ahmedabad due to heavy rainfall on Saturday, informed airport officials.

According to the officials, the Dubai-New Delhi Emirates flight was diverted to Ahmedabad.

"We regret the inconvenience caused. Due to sudden heavy rain, for a short period, there was waterlogging at the forecourt. Our team was immediately aligned to look into it and the issue has been resolved," said the Delhi International Airport (DIAL) in a tweet.

The national capital has been receiving rainfall since yesterday causing waterlogging in several parts of the city. Vehicular movement has also been affected due to incessant rainfall.