Dalit Girl Rape And Murder Delhi: When Arvind Kejriwal reached the area to meet the parents, the protesters mobbed the Chief Minister and started raising slogans against him. 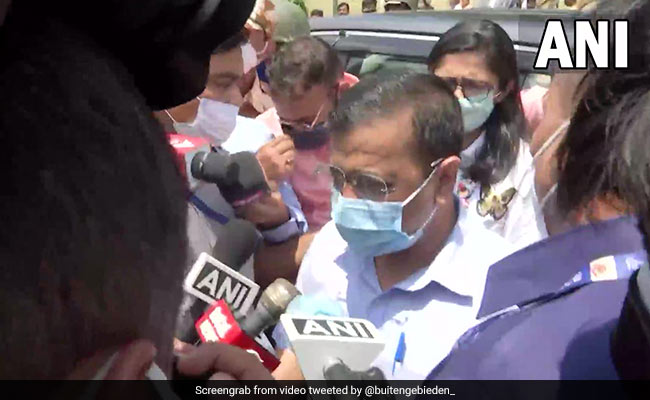 He also announced a compensation of Rs 10 lakh for the family of the girl.

"Our girl cannot come back. The injustice done to the family is unfortunate and cannot be compensated, but the government will give Rs 10 lakh to them and order a magisterial inquiry into the matter," he told reporters after meeting the family.

The parents of the girl accompanied by hundreds of locals have been staging a protest near the site of the incident in southwest Delhi, demanding capital punishment for the accused.

When Arvind Kejriwal reached the area to meet the parents, the protesters mobbed the Chief Minister and started raising slogans against him.

The Chief Minister said that the government will appoint top lawyers to ensure the guilty get the harshest punishment. "There is a need to strengthen law and order in Delhi. I appeal to the central government to take firm steps in this direction," he said.

"If the Centre needs our help, we will fully cooperate with them, but if such incidents happen in Delhi, it doesn't send a good message about the national capital across the world," Mr Kejriwal added.

The girl lived with her parents in a rented house. On Sunday at around 5:30 PM, she went to get cold water from a nearby water cooler after informing her mother, her parents said.

Around 6 PM, some people known to the girl's mother, called her and showed her daughter's body claiming that she got electrocuted while getting water from the cooler.

It was alleged that these people dissuaded her mother from making a call to the police, saying police will make a case out of it and during the post-mortem, doctors will steal the girl's organs, so it was better to cremate her.

Four people, including the priest of a crematorium, have been arrested in connection with the incident. The accused have been charged for rape and murder.

The Delhi Commission for Women has instituted an inquiry into the matter.

Stating that the case is "very serious" and merits "urgent attention", the panel has summoned the Deputy Commissioner of Southwest district to be present before it on August 5 and produce the complete case file of the matter along with a copy of FIR.