The Supreme Court on Wednesday had said that the eight-month-old should be shifted to AIIMS if needed. 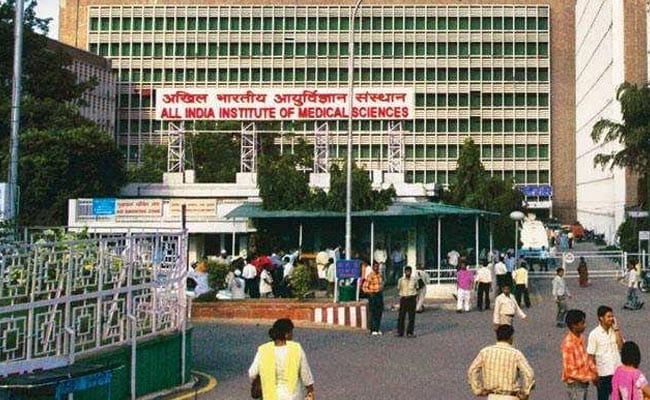 New Delhi: The eight-month-old baby, who was allegedly raped by her 28-year-old cousin, has been shifted to the All India Institute of Medical Sciences (AIIMS) for better medical care, the centre informed the Supreme Court today.

The Supreme Court on Wednesday had said that the eight-month-old should be shifted to AIIMS if needed.

The bench, headed by Chief Justice Dipak Misra, expressed its concern over the incident and asked the centre and the petitioner's lawyer to file details of pending cases of sexual assault against children across the country. This would enable it to take a "national view" of the issue, with the intention of figuring out how such trials can be fast-tracked.

Additional Solicitor Generals P S Narsimha and Pinky Anand, appearing for the Centre, informed the court that following its order, a team of doctors from AIIMS had visited the baby in a local government hospital and shifted her to AIIMS for better medical care.

The local hospital performed the corrective surgery in a professional manner, AIIMS said in its report.

The Delhi Legal Services Authority (DLSA), through its member secretary Sanjeev Jain, has also filed its status report, informing the top court that Rs 75,000 interim compensation has been given to the baby's parents.

The law officers told the court that an FIR has already been registered and the accused was in judicial custody.

The apex court had yesterday expressed grave concern over the rape of the infant and directed two doctors of AIIMS to visit her in the hospital and assess her condition.

The court had also asked a member of DLSA to accompany the doctors.

The baby was raped allegedly by her 28-year-old cousin on January 28 in a locality near Netaji Subhash Place in north- west Delhi.

"We are more concerned about the health of the infant," the bench had said, after which the centre assured it that the child will get the best medical care.

The plea, filed by lawyer Alakh Alok Srivastava, said the external and internal injuries of the child were very severe and the infant had to undergo a three-hour surgery.

"Presently, she is admitted in a local Delhi hospital in an extremely critical and painful condition, battling for life. The said victim baby girl belongs to an extremely poor family. Her father works as a labourer and her mother works as a domestic help," the plea said.

The plea sought compensation of Rs 10 lakh for the victim's parents and framing of guidelines that investigation and trial of the cases involving rape of children below the age of 12 years, under Protection of Children from Sexual Offences (POSCO) Act, should be completed within six months from the date of registration of the FIR.

Promoted
Listen to the latest songs, only on JioSaavn.com
The police said the accused had confessed to raping the baby under the influence of liquor.

The parents would go out for work leaving their daughter in the custody of their sister-in-law. Her son was at home that day since it was a Sunday, police said. When the accused saw his mother was not around, he allegedly forced himself on the baby.