7 Of Family Killed As Wall Collapses On House Due To Heavy Rain In Rajasthan: Cops

The State Disaster Response Force (SDRF) and civil defence teams started the rescue work immediately but unfortunately, none of the family members survived 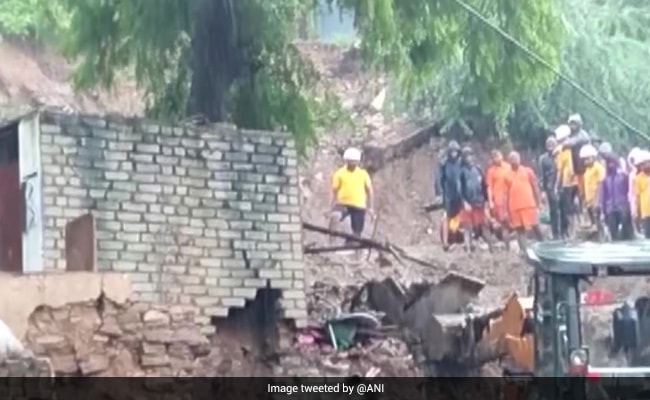 The house was constructed decades ago in an unplanned manner: Official

Seven members of a family, including four minors, were killed after a wall collapsed on their house due to incessant heavy rain in Rajasthan's Bundi district, police said on Wednesday.

The incident occurred on the intervening night of Tuesday and Wednesday in Navghat area of the district, they said.

According to the weather department, several areas in Rajasthan's Bundi, Baran, Sawai Madhopur and Kota districts received extremely heavy rains while many other areas received heavy to very heavy rains till Wednesday morning.

Khatoli recorded the highest rainfall at 280 mm, followed by 258 mm in Bundi in the eastern part of the state, the weather department said.

Senior police official Shivraj Meena said an old wall collapsed on the house in which two brothers, Mahendra Kaivat and Mahaveer Kaivat, lived with their families. Due to this, the roof of the house caved in, burying seven family members under the debris.

After receiving information about the incident, the police rushed to the spot and managed to pull out two people from the debris. Three others were rescued on Wednesday morning and the remaining two in the afternoon, he said.

Efforts are being made to provide compensation as per norms to the family members of those who died at the earliest, he said.

Mahaveer escaped unhurt as he rushed out of the house as soon as he heard the sound of the wall collapsing, they said.

The bodies were handed over to the family members after a post-mortem examination at the local community health centre, Station House Officer, Keshoraipatan, Lokender Paliwal said.

The house was constructed decades ago in an unplanned manner, he said.

Chief Minister Ashok Gehlot, and Lok Sabha Speaker and Kota-Bundi MP Om Birla expressed grief over the loss of lives in the incident.

The weather department has predicted heavy to very heavy rainfall in some areas in eastern Rajasthan districts on Wednesday and Thursday.

UP Woman Strangled To Death By Husband Over Dowry: Police