Metro officials say the escalator on Janakpuri West Metro station would be as tall as a five-storey building.

The escalator on Janakpuri West Metro station would be 15.6 metre long.

Come May 29, travelling from Delhi to Gurgaon via Delhi Metro will just take 50 minutes. With inauguration of a new corridor on Delhi Metro Magenta Line, 16 new stations will be open to public connecting Janakpuri to Kalkaji. One of the prime attractions on this Magenta Line would be a 15.6 metre long escalator, which would be India's tallest. Metro officials say the escalator on Janakpuri West Metro station would be as tall as a five-storey building. 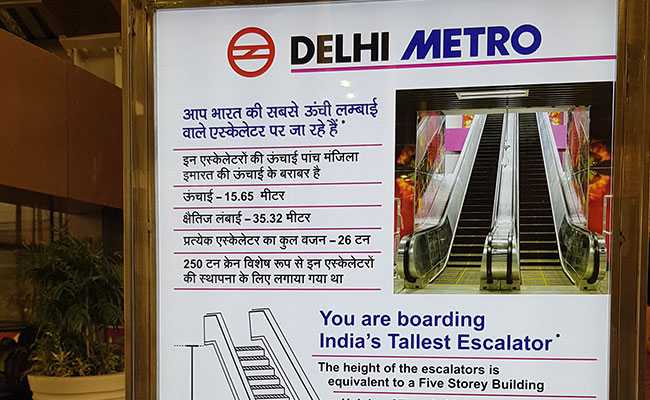 The much-awaited section will be flagged off on May 28, a day before it's thrown open to public, by Union Minister Hardeep Singh Puri and Delhi Chief Minister Arvind Kejriwal from Nehru Enclave Metro station.

The 25.6 km long corridor will be the longest opened so far in Delhi Metro's Phase 3 and will enhance connectivity in Delhi-NCR. With this, the entire 38.2 kilometre Janakpuri West-Botanical Garden Magenta Line covering the Outer Ring Road will become operational. 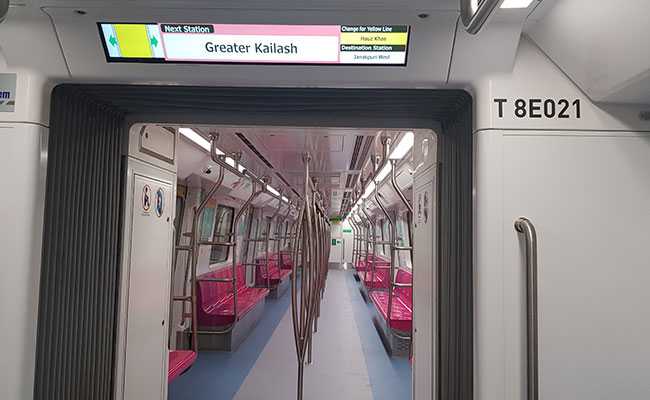 The wait time during peak hours from 6 am to 11 am would be 5.15 minutes. During non-peak hours, the wait time would be 6 minutes.

Promoted
Listen to the latest songs, only on JioSaavn.com
Until now, Chawri Bazaar was the deepest point in the DMRC network at 25 metres. With opening of this line, the deepest point would be 29 metres at Hauz Khaz metro station. 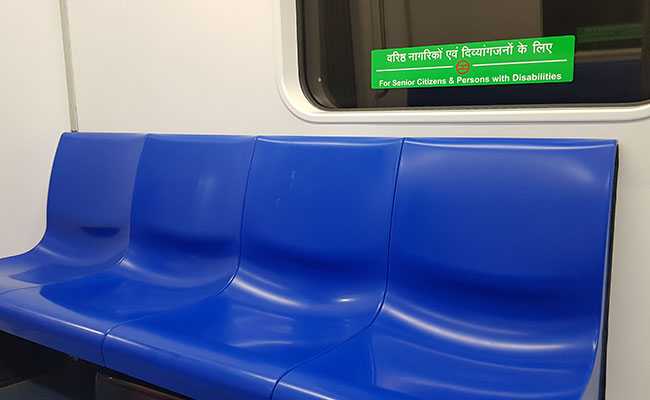 Last year, Magenta Line's Botanical Garden-Kalkaji stretch was made operational. With the commissioning of this section, the entire Delhi Metro corridor will expand to 278 kilometres with 202 stations.
Comments
Delhi Metro Magenta lineJanakpurikalkaji metro