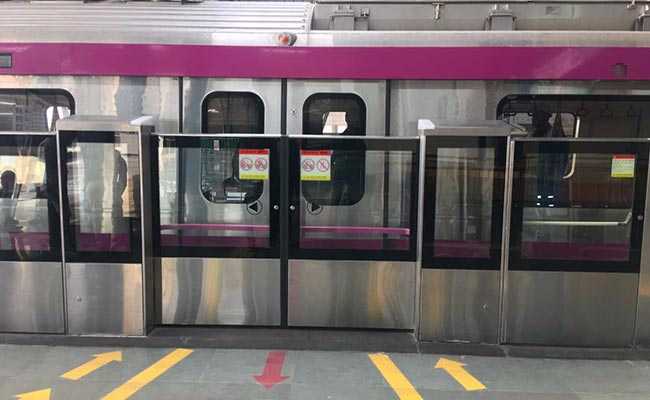 The metro stretch between Janakpuri-Kalkaji Section will put Munirka, Chirag Delhi on the metro map.

Travelling from Kalkaji Mandir to Janakpiri West will now be easier and faster for the commuters as Delhi Metro is all set to open the 25.6 km stretch on Magenta Line for the public soon.

The Delhi Metro Rail Corporation, in an official statement on Tuesday, said that the Commissioner for Metro Rail Safety has given the mandatory approval for the operations to begin. "The section between Janakpuri West and Kalkaji Mandir will start after the fulfillment of certain conditions and stipulations," added the statement.

"The exact date of opening of this corridor will be intimated after compliance by DMRC," it said.

The stretch has 16 stations with two interchanging ones at Hauz Khas and Janakpuri West.

The section, once open, will put people from Munirka, Chirag Delhi, and other nearby locations on the metro map with direct connectivity to Noida.

As of now, those living in these locations have to take their metro from Saket, Hauz Khas or Green Park, and other stations on the Yellow Line (Huda City Centre-Samaypur Badli), to go to Noida through the Blue Line (Dwarka Sector 21-Noida City Centre), which intesects Yellow Line at Rajiv Chowk.

Promoted
Listen to the latest songs, only on JioSaavn.com
Magenta Line will have 25 stations in total (10 elevated, 15 underground) and will have stations at south Delhi localities - Vasant Vihar, Munirka, and IIT Delhi - which are not yet connected with direct metro for either Noida or West Delhi.

Last year on December 25, the section between Botanical Garden in Noida and Kalkaji Mandir in south Delhi was made operational.