As the news spread, several Aligarh Muslim University students gathered at the station, demanding the arrest of the unidentified attackers. 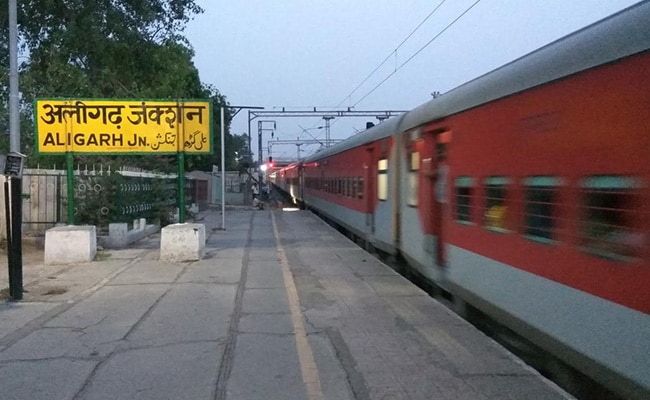 Six members of a family were injured in an alleged mob attack at a railway station in UP's Aligarh.

Six members of a family were injured in an alleged mob attack at a railway station in UP's Aligarh, triggering protests by Aligarh Muslim University students who dubbed it an attempt to lynch them.

The attack took place following a fight Sunday as the family of Afsana Bano was getting off a train while some other passengers were trying to get into the same compartment, according to a complaint registered with the railway police.

A while later, about 30 people reached there and attacked Afsana Begum's family members, their complaint said.

Four family members suffered some injuries and were discharged from AMU's Jawaharlal Nehru Medical College, while two others, Shafiq and Fahim, were admitted there.

Before their complaint could be registered with the railway police, the alleged attackers had fled. AMU students said they were outsiders.

As the news spread, several Aligarh Muslim University students gathered at the station, demanding the arrest of the unidentified attackers.

Afsana Begum's family had come from Kannauj for her son Shafiq's medical treatment.

The situation was eased after GRP inspector Yashpal Singh assured them that the culprits would be charged.

In a memorandum handed over to the district authorities, the students demanded the arrest of those involved in the attack within 48 hours.

They warned they would intensify their protest if the attackers are not arrested by then.

The memorandum called the incident a "failed attempt at mob lynching" and "a deliberate attempt to foment communal violence". It also demanded a judicial inquiry.

It alleged that last week, some right-wing groups had tried to trigger communal tension by calling for a ban on burqas at a local college.