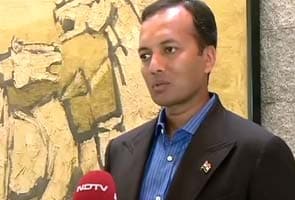 The helicopter landed safely at the airport, which is a defence-cum-commercial facility, but flights to the city were affected following the incident, airport officials said.

Jindal later tweeted: "I wanted to avoid writing about this helicopter incident as all is fine but media found out anyways so must clarify that all is well."

"Had a snag in the helicopter and pilots made a good landing at Chandigarh apt, All is well...Thanks for d concern," Jindal said in his tweet.

Airport sources said that incoming flights from Mumbai and New Delhi had to be diverted as the runway was damaged in the emergency landing by Jindal's helicopter.

Unconfirmed reports said that Bollywood actress Kareena Kapoor, who was in the city for brand promotion Monday, was held up at the airport as her flight to Mumbai could not take off due to the emergency landing of the helicopter.