Violence Erupts In Andhra's Amaravati Over Death Of Construction Worker 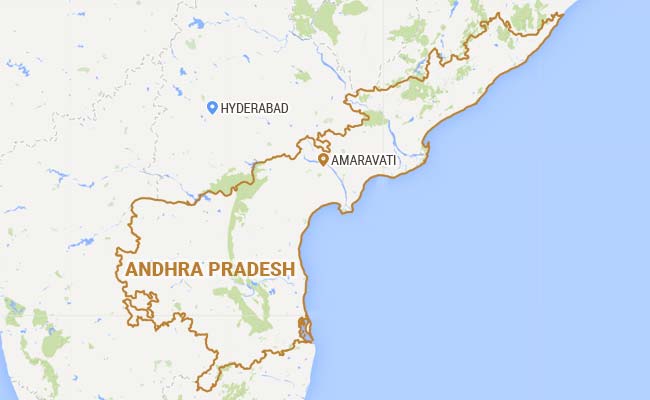 The construction activity came to a standstill at Velagapudi village in the capital region Amaravati following the accidental death of a worker.

Amaravati: After accidental death of a 21-year-old worker this morning, his fellow labourers started an agitation, pelted stones at police and set an ambulance on fire, at the construction site of the transitional headquarters of Andhra Pradesh government in Amaravati.

The agitators also demanded due compensation for the dead.

The construction activity came to a standstill at Velagapudi village in the capital region Amaravati following the accidental death of Devender, hailing from Uttar Pradesh, at one of the blocks being built by L&T, police said.

Following which, irate workers pelted stones at the police team present there, torched an ambulance and damaged furniture inside the security cabin of L&T, the main contractor executing the project, they said.

Guntur district Joint Collector Cherukuri Sridhar rushed to the scene, held talks with the agitating workers and brought peace by promising a total ex-gratia payment of Rs 20 lakh to the deceased worker's family.

Devender had joined work at the site only two days back and was engaged as a helper on the concrete mixer vehicle. He was employed by a sub-contractor and not directly by L&T.

After the mixing process was completed, he was cleaning the vehicle when suddenly the rotor went on.

As he tried to peep in, Devender got stuck inside and killed. He was not wearing any protective gear at the time of the mishap.

As police tried to shift the body to hospital for a post-mortem, the fellow workers pelted stones at the police.

They also set the ambulance, belonging to the contractor, on fire, besides damaging some other vehicles parked there.

The workers engaged in the construction of other blocks at the site also struck work following the incident and demanded that a compensation of Rs 25 lakh be paid.

The Joint Collector rushed to the scene and held talks with the workers following which they agreed to a compensation of Rs 20 lakh.

"The Labour Department of the state government will pay Rs 5.2 lakh, while L&T will pay another Rs 6 lakh. A sum of Rs 8.8 lakh will come as insurance for the worker," the Joint Collector told news agency PTI.

"An inquiry by the Deputy Commissioner of Labour has been ordered into the incident. He will also look into the safety aspects and other facilities for construction workers at the site and suggest measures to ensure that accidents do not recur," Mr Sridhar said.

This was the second accidental death at the construction site of the transitional headquarters.

Last month, a worker was killed in a freak mishap at the block being constructed by Shapoorji Pallonji.

In that incident too the worker was engaged by a sub-contractor and not directly by Shapoorji.

In all, six blocks are being built at Velagapudi for the transitional headquarters.

As the state government has set June 15 as the deadline for the contractors to complete the works, the construction activity has been going on round-the-clock since February 17 with thousands of workers engaged in it.

Apart from local workers, those from Uttar Pradesh, Bihar, Odisha and other states are also employed here.