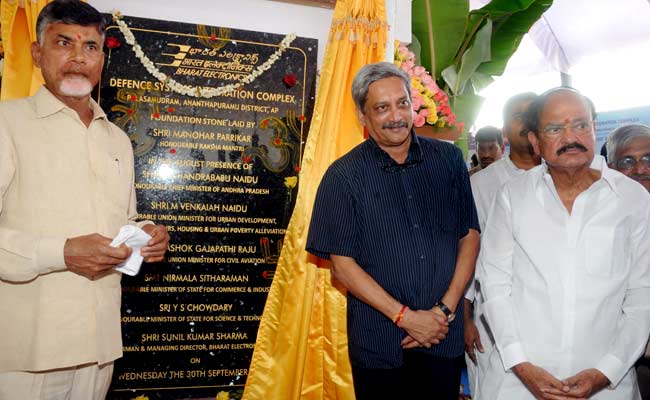 The NDA government headed by the Prime Minister Narendra Modi is making efforts to speed up growth and create wealth in the country, he said.

The then Prime Minister Manmohan Singh had promised special status to Seemandhra (the new Andhra Pradesh) during a discussion on AP Reorganisation Act in the Parliament.

The opposition parties in the state are now trying to corner the ruling TDP-BJP combine for Centre's failure to grant the special status.

Congress conducted a campaign where police complaints were filed against the Union Ministers from Andhra Pradesh including Venkaiah Naidu and also against the Chief Minister N Chandrababu Naidu for "deceiving" people, and mass SMSes were sent to these leaders.

YSR Congress leader YS Jaganmohan Reddy has announced an indefinite fast on the issue from October 7.

The Centre has directed the NITI Ayog vice-chairman Arvind Panagariya to prepare a roadmap on the benefits to be given to Andhra Pradesh.