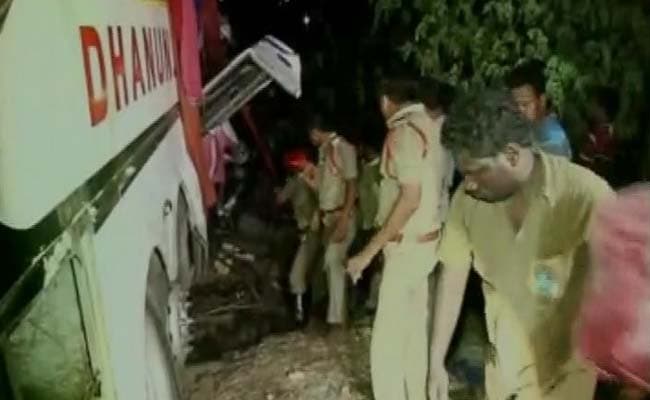 Hyderabad: Four medical students from Hyderabad's famous Osmania Medical College were killed and nearly 30 injured when a bus carrying them flipped over after hitting a tree last night.

The driver of the private bus was also killed in the accident. He was drunk and speeding, said the police.

The accident took place in Vijayawada in Andhra Pradesh on a national highway that links the area to Hyderabad.

The students of the government-run Osmania Medical College were returning to Hyderabad after participating in a sports tournament when the accident took place. Survivors of the accident said that earlier, when they asked the driver to slow down, he drunkenly argued with them. 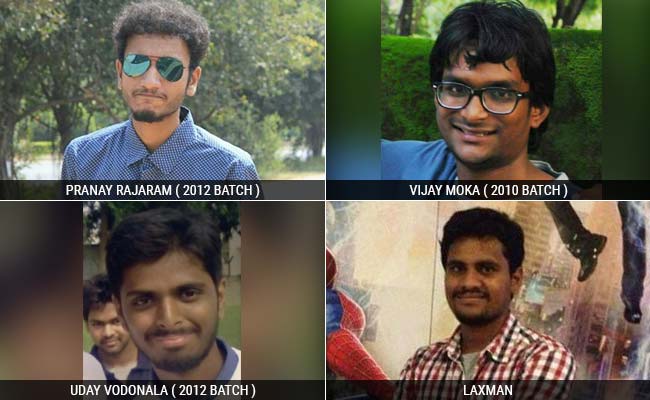 The four medical students from Hyderabad's Osmania Medical College who were killed after a bus carrying them flipped over.

Vishwaroop, one of the students on board, had reportedly called  the travel agency that supplied the bus and complained about the rash driving. The agency had promised to change the driver at Vijayawada, he alleged.
Earlier, the cleaner of the bus had disembarked after students accused him of trying to steal the laptop and purse of one of their classmate.

Injured students have been admitted to a private hospital in Vijayawada; some are reported in critical condition.

Telangana Chief Minister K Chandrasekhara Rao has ordered officials to ensure best possible treatment to the injured students and shift them to Hyderabad for treatment, if required.