"The fire is suspected to have been triggered by a short-circuit and was brought under control," an official said. 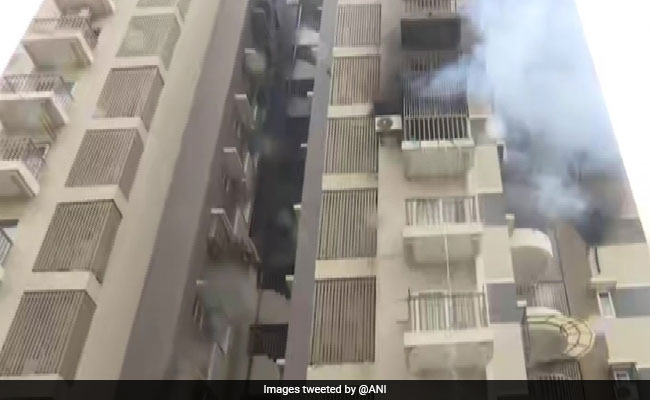 The blaze spread to the sixth floor.

A woman was killed and six persons were injured after fire broke out in a residential building today, civic officials said.

Fire broke out on the fifth floor of the 11-storey Ganesh Genesis building on the Gota-Jagatpur Road, a fire brigade official said.

The woman was identified as Anjana Patel, who died at the civil hospital.

The blaze spread to the sixth floor, the official said. "People residing on the floors above the fifth one got stranded as smoke filled the stairway," he said.

The injured persons were shifted to a nearby hospital, he said.

Twenty eight others were rescued from the building, he added.

"The fire is suspected to have been triggered by a short-circuit and was brought under control," the official said.

Two persons saw the fire from the road and rushed for help. They managed to save a 60-year old woman from the 5th floor of the building.