Pakistan Agrees To A "Transparent" Probe Into Poll Rigging Allegations

The National Assembly has approved the formation of a parliamentary committee to investigate allegations of rigging in the July 25 general elections. 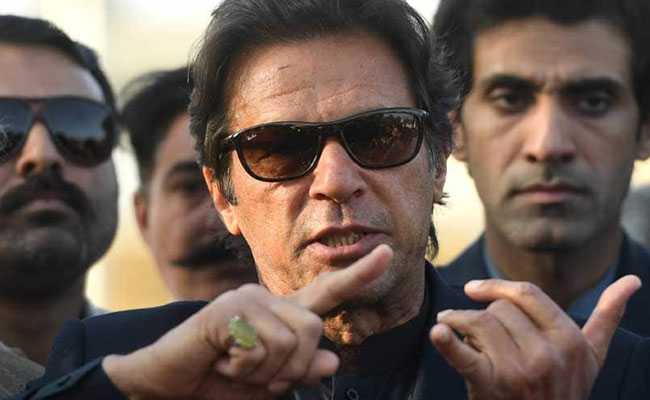 The Pakistan government and the Opposition unanimously agreed today to form a parliamentary committee to investigate allegations of rigging in the July 25 general elections in which the Imran Khan-led Pakistan Tehreek-e-Insaf (PTI) emerged as the single-largest party.

Major political parties like the Pakistan Muslim League-Nawaz (PML-N), the Pakistan Peoples Party (PPP) and the Muttahida Qaumi Movement-Pakistan (MQM-P) have alleged that the votes cast at various polling stations were changed behind closed doors after their polling agents were thrown out.

The Election Commission of Pakistan (ECP) has rejected the claims.

The National Assembly (NA) or the lower house today approved the formation of a parliamentary committee to investigate allegations of rigging in the July 25 general elections, Pakistan-based news channel Express News reported.

Pak PM Khan's PTI, said to have the tacit backing of the powerful military, emerged as the single-largest party with 116 seats in the July 25 elections.

Pakistan Foreign Minister Shah Mehmood Qureshi presented the motion and it was unanimously approved at the NA session called to approve amendments to the budget.

"Government and opposition will have equal representation in the committee," he assured.

Mr Qureshi said that the committee chairman will be announced by the government after consultation with PM Khan.

"The committee will comprise NA members and will not include any senator," he added.

The committee will prepare terms of reference (TORs) for investigation and present recommendations for measures to ensure rigging is curbed during the next polls, Pakistan-based news channel Geo News reported.

Pakistan's Minister of Information and Broadcasting Fawad Chaudhry said the committee will be independent and remove any doubts the opposition may have.

PPP leader Shazia Marri took to the floor and demanded that the government and the opposition have equal representation in the committee.

"The Leader of the Opposition in the NA should chair the committee to ensure the probe is transparent," Ms Marri added.

In response, Mr Qureshi said, "We do not want to keep anything hidden. It is the Opposition's right to protest and their reservations have been registered."

"Transparent elections are essential for democracy," he said.

He assured that the commission will be empowered. "We have to move forward despite our differences," he asserted.

Following the same demand from the PPP and the PML-N, NA Speaker Asad Qaiser said, "Whichever committee I form, it will be in accordance with rules."

In August, political parties held protests outside the ECP in Islamabad and in other parts of Pakistan.

Politicians have also raised the issue of rigging within the lower house of Pakistan earlier, with PPP chairman Bilawal Bhutto highlighting it in his first address to the NA and the PML-N staging walkouts in protest.