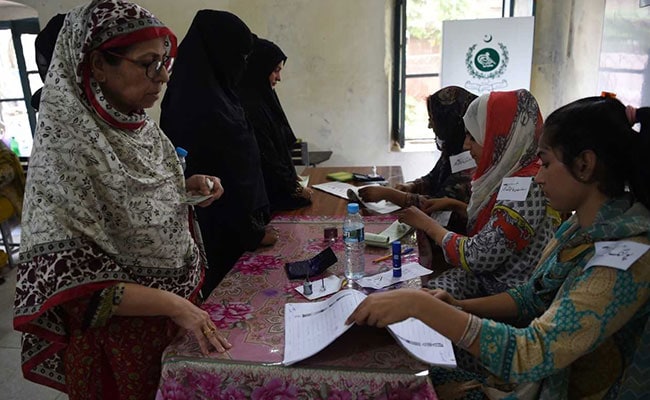 Pakistan's top election official batted away allegations of ballot-rigging Thursday, defending an ongoing delay in the formal vote count as a technical issue.

The incumbent Pakistan Muslim League-Nawaz (PML-N) party flat out rejected the pending results of Wednesday's election, citing "outright rigging" and accusing officials of preventing its representatives from overseeing the count.

Despite the technical issues, "these elections were 100 per cent fair and transparent", said Chief Election Commissioner Sardar Muhammad Raza on Thursday, in his first comments after polls closed.

Raza did not say when election authorities would be in a position to announce the results.

The PML-N chief Shahbaz Sharif -- brother of jailed former prime minister Nawaz Sharif -- alleged "massive rigging" in the election that "will cause irreparable damage to the country".

As election workers poured over mounds of paper ballots, other major parties -- including the Pakistan Peoples Party -- joined the fray, alleging the count was being manipulated.

The controversy follows a bitter campaign season marred by allegations of interference from the country's powerful military, with former cricket star Imran Khan's Pakistan Tehreek-e-Insaf party (PTI) accused of being the beneficiary.

The election was largely seen as a head-to-head clash between the PTI and the PML-N, with election analysts saying the contest was still too close to call.

The PML-N claims it has been the target of the alleged military machinations. Its former leader Nawaz was ousted from power last year and jailed over a corruption conviction days before the vote, removing Khan's most dangerous rival.

The military denies the allegations.