Father's Day 2018: Last year, Google celebrated the day with an animated cacti doodle showing the various roles a father plays in a family. The cacti is seen to be metaphorical to the tough exterior and nature of a father. 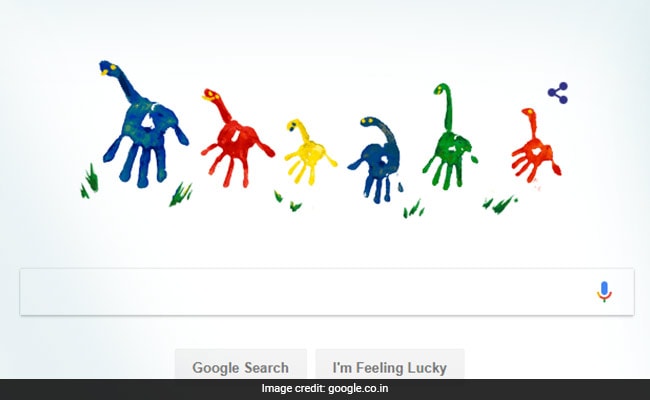 Celebrations for Father's Day dates back to the 1908 when the first known Father's Day service was conducted at a church in West Virginia. The credit for which goes to Grace Golden Clayton when she suggested if the Sunday service could be conducted in the honor of over 200 fathers who has died at a mining explosion in Monongah.

While this is traced to be the origin of the concept of Father's Day, it did not become an annual international event until 1909 when Sonara Smart Dodd from Washington proposed the idea of Father's Day to Spokane Ministerial Association and the YMCA on June 5th as it was the day her father was born.

The first Father's Day in Spokane, Washington, was observed a year after that, on June 19, 1910. This then became an annual event at Spokane. The concept soon picked up across towns that had their own ways of celebrating the occasion.

Google today celebrates Father's Day with a playful yet symbolic doodle. The doodle shows colorful hand prints that closely resemble a dinosaurs family or two. The doodle is suggestive of the bond between the family and the father, heading and protecting it. Last year, Google celebrated the day with an animated cacti doodle showing the various roles a father plays in a family. The cacti was seen to be metaphorical to the tough exterior and nature of a father.

109 years on, Father's Day today has several traditions and forms of celebrations across the globe. The day, dedicated to fathers, gives children the opportunity to honor and pamper their fathers.
Comments
Fathers Dayfathers day 2018