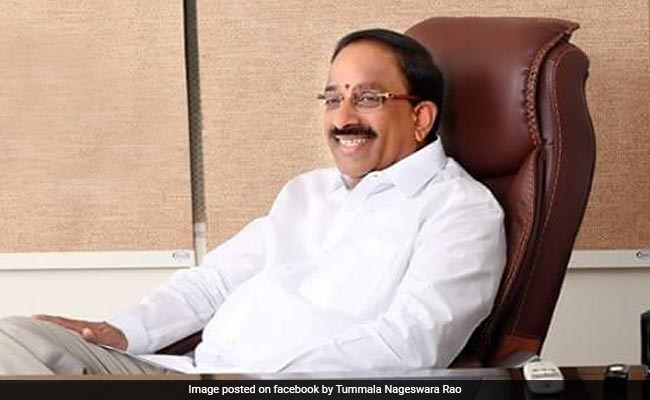 Hyderabad: The ruling TRS has decided to nominate minister Tummala Nageswara Rao for the Palair Assembly constituency in Khammam district of Telangana.

The notification for the bypoll to the Palair Assembly constituency would be issued today and polling will be held on May 16, the Election Commission announced.

The bypoll is necessitated by the death of senior Congress MLA and former minister Ramreddy Venkata Reddy.

The bypoll assumed significance after the TRS decided to field Roads and Buildings Minister Tummala Nageswara Rao, who is a Member of Legislative Council now.

Congress had earlier appealed to the other parties to let a family member of Venkata Reddy elected unopposed in view of the "services and clean image" of the departed leader.

Telangana Congress president N Uttam Kumar Reddy has called up his Telugu Desam Party counterpart L Ramana and sought the cooperation of the party in the bypoll, TDP said in a release today.

Ramana has promised to get back to the PCC president after consulting TDP chief and Andhra Pradesh Chief Minister N Chandrababu Naidu, it said.

TDP leaders in Khammam district, however, had earlier discussed the name of former MP Nama Nageswara Rao but the party has not made any official announcement on the matter. The former MP and Tummala Nageswara Rao were understood to be at loggerheads when the latter was in TDP.

Besides TDP, the Left parties and YSR Congress also have significant presence in Khammam district.

The TRS has been on a winning streak, since it assumed power in the 2014 elections, emerging victorious in the bypolls held for Warangal Lok Sabha and Narayankhed assembly constituencies and also the civic body elections in Hyderabad.