Palle Thirupati Reddy, who is posted constable in I-Town police station in Mahbubnagar, had received the honour and citation from excise minister V Srinivas Goud on Independence Day.

A policeman in Telangana was caught red-handed while accepting a bribe, within 24 hours after he was honoured with the 'best constable' award.

Palle Thirupati Reddy, who is posted constable in I-Town police station in Mahbubnagar, had received the honour and citation from excise minister V Srinivas Goud, in the presence of district Superintendent of Police Rema Rajeswari on Independence Day.

Within a day, the police official was in the news again. He was arrested by the Anti-Corruption Bureau (ACB) with 17,000 in cash that he allegedly received as a bribe for not registering a case against a person. 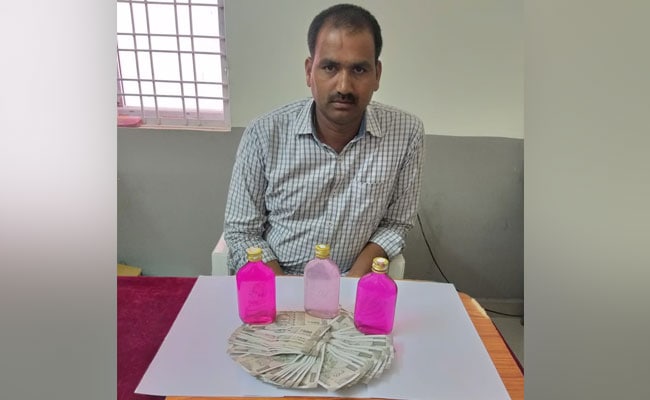 The complainant, Ramesh, had claimed that he was constantly harassed by the police official to pay him bribes while transporting sand even though he had the valid documents.

After his arrest, Reddy was presented before an ACB court and sent to judicial custody.

Last month, anti-corruption officials found Rs. 93.5 lakh in cash and 400 grams gold  from the house of a revenue officer, who was named  the state's "best tehsildar" two years ago.

Raids were conducted at V Lavanya's home after her junior was caught taking Rs. 4 lakh as bribe from a farmer Bhaskar for correcting land records.