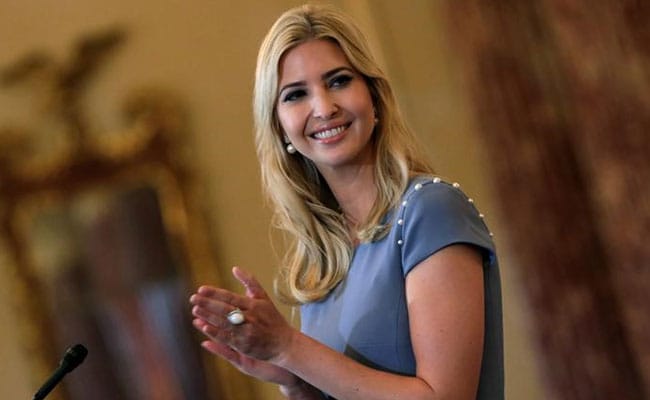 Ivanka Trump will be attending the much-hyped GES Summit in Hyderabad tomorrow.

US authorities had turned down the requests made by the Chandrababu Naidu-led Andhra government to make Ivanka visit the 'sunrise' state, news agency Press Trust of India quoted highly-placed sources as saying.

AP's Economic Development Board (EDB) chief executive J Krishna Kishore pursued the issue with the US authorities on behalf of the state government, but to no avail, they said.

The Andhra government, as part of its "brand building" efforts, had felt that a visit by the US president's daughter would bolster the southern state's image internationally.

It also wanted to line up several US companies for investments in Andhra Pradesh, the sources said.

The state government had informed the US Consulate authorities that they were ready to organise the event either in Amaravati or Visakhapatnam, and had sought Ivanka's time. "But we were told that she would not be attending any other programme, apart from the GES and those in New Delhi. So, we did not get a chance to host her," a senior official involved in the entire process said.

Promoted
Listen to the latest songs, only on JioSaavn.com
The EDB CEO could not be reached for comment.

The Global Entrepreneurship Summit-2017 will be inaugurated by Prime Minster Narendra Modi. Ivanka will lead a delegation from her country at the event. Over 1,500 delegates, including entrepreneurs and investors and CEOs of major knowledge-based companies, are expected to attend the summit.