Wasn't Allowed To Meet Jayalalithaa In Hospital Even Once, Says O Panneerselvam 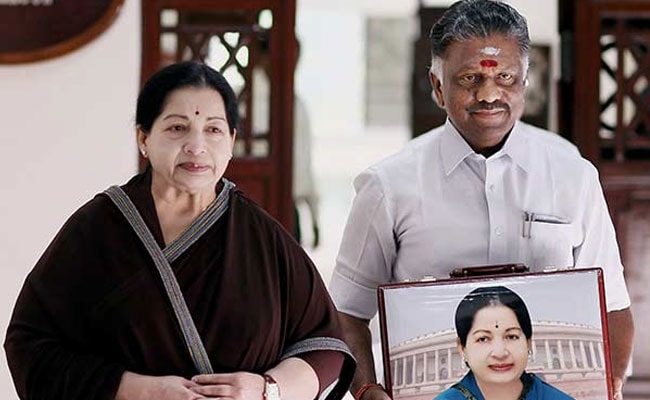 Chennai: In tweets after his stunning rebellion, Tamil Nadu's caretaker Chief Minister O Panneerselvam said he had not seen J Jayalalithaa even once in Chennai's Apollo hospital, where she died on December 5.

"Had visited the hospital daily to enquire about Jayalalithaa's health condition, but couldn't meet her even once," Mr Panneerselvam tweeted.

He told reporters that he would tell his family each day that he couldn't see Ms Jayalalithaa because of fear of infection. "Every day my family would ask, did you see Amma at Apollo. I even considered saying yes, but I couldn't lie," he said.

Ms Jayalalithaa was admitted to hospital for breathlessness in September and was since seen by a very select group of people that included her longtime companion VK Sasikala, who took charge of the AIADMK days after her death and was chosen this weekend to take over from Mr Panneerselvam as Chief Minister.

Mr Panneerselvam, 66, said he had "doubts" about Ms Jayalalithaa's treatment which needed to be answered. He is the second leader to raise questions hours after PH Pandian, another AIADMK veteran, suggested that the former Chief Minister's death was "not from natural causes".

Always the quiet loyalist who worked only with Ms Jayalalithaa's photo by his side, Mr Panneerselvam last night declared that he was her chosen successor and had been forced to resign by Ms Sasikala, a long-time companion of the former Chief Minister.

Soon after his bombshell, Ms Sasikala summoned party legislators late at night at the Poes Garden home she shared with Ms Jayalalithaa. Later, she announced that she had majority support and Mr Panneerselvam would be expelled.

AIADMK leader M Thambidurai has ruled out any split in the party, calling Mr Panneerselvam a lone player. "His rebelling is useless. He's only caretaker. Caretaker cannot take or pass a policy," he told NDTV.

Promoted
Listen to the latest songs, only on JioSaavn.com
Mr Panneerselvam shot back in a tweet that he "will not respond to my party's criticism because they are stuck in a place where they are forced to behave in such a way."

On speculation that he had been egged on by the rival DMK and the BJP, he posted: "I have no connections with BJP and my actions are my personal decisions".