The DMK, which was among the opposition parties demanding a full rollback, dubbed the revision as a "eyewash" and said it would go ahead with tomorrow's plan of holding state-wide agitations along with other parties to press for their demand. 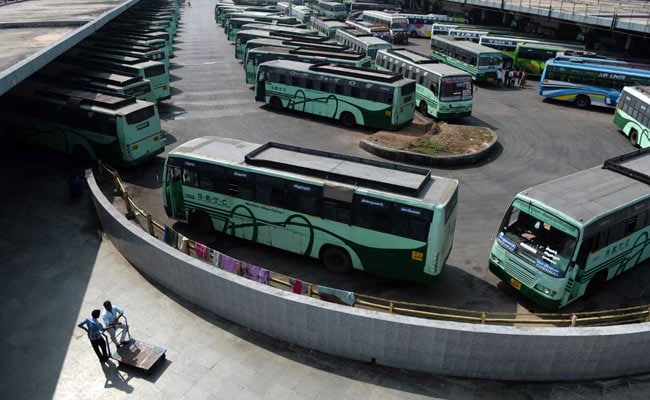 The revision, which will be to a maximum of Rs 1, will come into effect from today, an official release said.

The DMK, which was among the opposition parties demanding a full rollback, dubbed the revision as a "eyewash" and said it would go ahead with tomorrow's plan of holding state-wide agitations along with other parties to press for their demand.

Chief Minister K Palaniswami said in Madurai that the government reduced the bus fares after demands from opposition parties and the public.

He said the government had increased the fares due to various reasons like hike in fuel prices, procurement prices of new buses, rise in salaries and other "unavoidable circumstances".

The government had on January 19 hiked ticket prices of buses operated by transport corporations by about 20 to 54.54 per cent, drawing criticism from all.

According to a government release, reduction of fares was between two paise to 10 paise per km for various categories of buses and routes such as city, districts, express and ordinary services.

In Chennai city, bus fares have been cut by Re one across various stages. The minimum fare would now be Rs 4 and the maximum would be Rs 18.

Explaining the reasons behind the earlier hike in bus fares, the chief minister said the price of diesel, which was Rs 43.10 a litre during the DMK dispensation, has shot up to Rs 67.23, while the cost of procurement of various types of buses has also gone up since 2011.

The amount given as salaries to employees of state transport corporations has also increased from Rs 252.37 crore a month in 2011 to Rs 492.96 crore in 2017, Ms Palaniswami said, adding the recent wage pact signed with transport unions would entail an additional expenditure of Rs 996 crore a year.

He said the state transport corporations make a loss of Rs 12 crore daily, while the government spent Rs 12,059 crore between 2011 and 2017 in forms of subsidy and for maintenance of buses.

The current debt of transport corporations was Rs 18,012 crore, the chief minister said.

Tamil Nadu State Transport Corporation workers owing allegiance to 17 trade unions, including those affiliated to the DMK and Left parties, had launched a stir on January 4 after talks with the state government on wage revision failed.

Promoted
Listen to the latest songs, only on JioSaavn.com
While the unions demanded a 2.57 times hike in salary, the government offered only 2.44, resulting in a stalemate.

Transport workers had withdrawn their eight-day-old long strike on January 11 after the Madras High Court appointed an arbitrator to settle their wage-related dispute with the government.