The initiative would help address many issues, including inter-state water disputes, and benefit farmers across the country, DMK working president said in a letter to PM Modi. 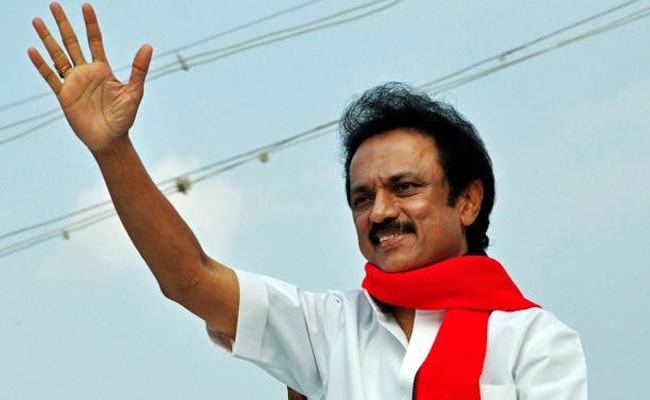 The initiative would help address many issues, including inter-state water disputes, and benefit farmers across the country, he said in a letter to PM Modi.

The river linking programme has to be given the "top most priority" and put on a fast track. Some of intra-state projects formulated in Tamil Nadu and pending with the Centre also needs to be expedited at a faster pace, he said.

Besides, it would solve many inter-state water issues leading to complete harmony in relations among the neighbouring states, he said.

"This will further strengthen national integration, national development and national economy," Mr Stalin, the Leader of the Opposition in the state assembly, said.

He said a "very grave situation" prevailed in Tamil Nadu due to the "imbroglio" in the inter-state water issues, in an apparent reference to disputes involving Karnataka (Cauvery) and Kerala (Mullaperiyar).

Farmers of the state were struggling every day to earn their livelihood in the present unprecedented agrarian crisis, he said pointing to problems in getting legitimate share of water from upper riparian states, monsoon failure and drought conditions.

DMK had been voicing support for this initiative for long, with his father and party President M Karunanidhi taking up the matter even at a National Development Council meeting in 2007 as Chief Minister of Tamil Nadu, Mr Stalin added.
Comments
DMKMK StalinPrime Minister Narendra Modi