Came Into Politics At Opportune Time But Not An Opportunist: Kamal Haasan

Kamal Haasan does not see politics as the next step in his journey but as something "essential" to his existence. 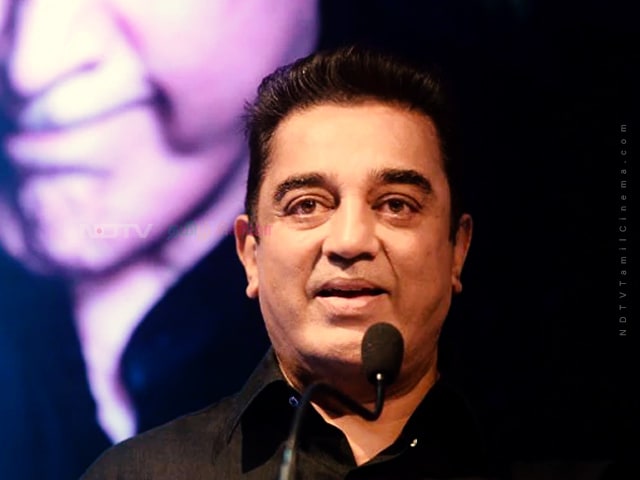 His mission is to keep India as diverse as it is now, says screen idol and politician Kamal Haasan who asserts he has arrived in politics at an opportune time but it does not make him an opportunist.

Kamal Haasan, who launched his political party Makkal Needhi Maiam in February this year, does not see politics as the next step in his journey but as something "essential" to his existence.

It is also something that he has been contemplating since 2000, while making the film "Hey Ram", said Mr Haasan, careful not to disclose his party's affiliations.

The actor-politician has met Congress president Rahul Gandhi and Aam Aadmi Party chief Arvind Kejriwal. Asked if he is up for an alliance with them, he answers with a cryptic "anything is possible".

"We have to find what is right for Tamil Nadu and who can do the best for Tamil Nadu as it stands. Who has ruined the state and who should go and to do that who can help me. These are very simple questions. If I honestly answer that, I will know my alliances," Haasan told PTI in an interview.

Questioned about rumours that he may be siding with the BJP, directly or indirectly, he said his attitude and philosophy is very clear.

"I am not an opportunist. Though I came at an opportune moment, that doesn't make me an opportunist. I have a mission and I will deliver to the best of my capabilities. My mission is to keep India as diverse as it is," he said.

Kamal Haasan and Rajinikanth, two of the biggest stars in southern cinema, have entered politics at a time when there is a vacuum in Tamil Nadu with the death of former chief minister J Jayalalithaa and DMK's leader M Karunanidhi's ill health.

Rajinikanth is yet to announce a party though he has made it clear that he will play an active role in politics.

The latest in a long line of actors from Tamil Nadu to move from cinema to politics, Mr Haasan said this is the only way for him to challenge the "status quo" and "existing stagnation" in the state.

"I used to think I am a 'kalakar' (artiste). Why should I indulge in these things... It's about your personal duty towards civic society," he said.

"I wanted to challenge the status quo, challenge the existing stagnation and corruption," added the 63-year-old who is currently promoting the sequel to his 2003 film "Vishwaroop".

He said he finds comparisons with Rajinikanth unfair.

"It is like John Wayne and Marlin Brando, Charlie Chaplin and John Wayne.. It is not done. They are great in their own way but they are different," he said.

Mr Haasan said he does not see politics as the next step in his journey but something "essential" to his existence.

"It is the most imminent and essential thing for me to do because I will not die a happy man if I don't do this. It is not about making a life but about making meaning to a life that I have lived so far."

Asked to comment on the incidents of lynching in the country, women's safety and the debate on freedom of speech, Mr Haasan recalled the assassination of Mahatma Gandhi.

"The old man we shot dead said... the only day India will be a truly free country is when a girl is bejewelled and is able to walk in the middle of the night and safely walk back home."

"This is 71 years of independence and if we have not done that, what independence are we are talking about. So we will have to start it from one... that is what I am celebrating and mourning," the actor-turned-politician said.

Mr Haasan, who started his film career when he was just six years old, says he will shut it down if need be because politics is more important.

"People are more important. It is my duty to offer to the society which has kept me happy for 63 years in my life. In fame and in troubled times, they gave me support."

His dream, he said, is a Lokayukta bill that will make politicians answerable.

Discussing the portrayal of politicians on screen, he said most are villains but not all.

"Cinema reflects society, that's what they are reflecting. Let them change."