Kaala is Rajinikanth's first film after he announced his political entry. 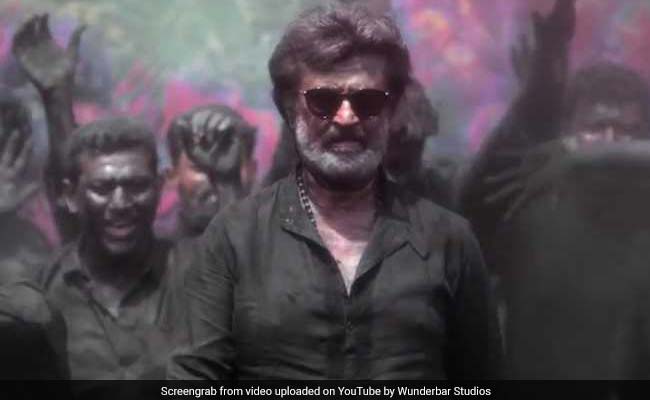 'Kaala' is Rajinikanth's first film after he announced his entry into politics.

Chennai: The trailer of superstar Rajinikanth's latest film Kaala was released online around nine minutes past midnight, nearly ten hours before schedule. The release of the teaser was delayed by a day as a mark of respect for Kanchi Shankaracharya Jayendra Saraswathi, who died due to a cardiac arrest in Tamil Nadu on Wednesday.

Actor Dhanush, who is producing the drama, shared the video on Twitter, saying, "It is Diwali whenever and however Thalaivar's (Rajinikanth's) film is released".

With over 2 million views and counting, the 78-second teaser opens with actor Nana Patekar - who plays the main antagonist - asking, "What sort of a name is this?" Seconds later, Rajinikanth makes his entry, holding a umbrella as it rains. Actor and director Samuthrakani is heard saying, "Kaala means black. One who protects early in the morning by fighting".

Dressed in an all-black outfit, Rajinikanth, who dons the role of a gangster in the film, is seen beating up a few men on the streets.

This is Rajinikanth's first film after he announced his entry into politics. Giving hopes of his signature punch to his fans, Rajinikanth's character is seen throwing a challenge saying, "I'm alone. If you have guts all of you come together." At the end he says "You haven't seen this Karikalan's full rowdyism. You will."

The teaser also has a fine blend of what many call mesmerizing quick beat music.

Kaala also stars Huma Qureshi, Anjali Patil, Eswari Rao and Pankaj Tripathi. The film is directed by Pa Ranjith, who made Kabali with Rajinikanth in 2015

Pa Ranjith is the director. Kaala is slated for release on April 27. Santhosh Narayanan has composed the music.

Rajinikanth, 67, had announced in December last year that he will enter politics, though he is yet to name his party. Though he has not revealed anything about when about when would launch his political party, he said his party will contest all 234 seats of Tamil Nadu in the next assembly elections in 2021.