Free travel for women in state-run buses in Tamil Nadu is a poll promise of the ruling DMK made ahead of the 2021 Assembly elections. 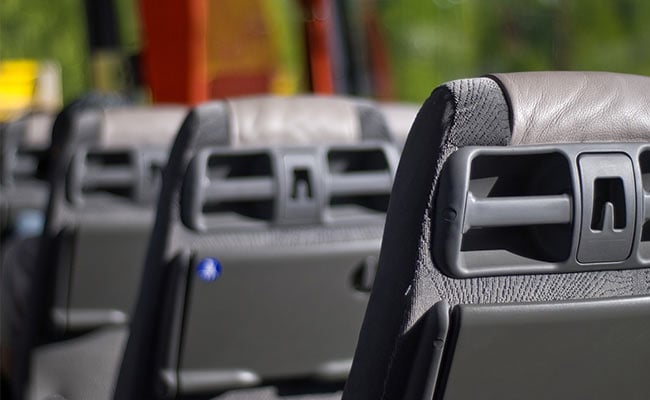 The woman boarded the city bus and is seen demanding a ticket. (Representational)

Apparently unwilling to utilise a government sop, an elderly woman has refused to travel free in a government bus here and is seen arguing with the conductor to issue a ticket to her, visuals of which have gone viral in the social media.

While the specific buses are free for women in Tamilnadu this respectable old lady doesn't want to use free bus instead she wanted to take ticket and travel. People in Tamilnadu have awakened against Freebies sponsored by Govt.Huge Respect!#sayNoTofreebiespic.twitter.com/P55d5VnS9D

The incident came in the backdrop of a state minister's certain remarks made in the context of the free bus travel scheme, which has not gone down well with a section of women commuters and others in the state.

The woman boarded the city bus and is seen demanding a ticket.

The conductor told her that there was no need to buy a ticket, in lines with the government scheme.

However, the irked woman purportedly said, "I do not want to travel OC." OC is an apparent colloquial slang referring to something that comes free of cost.

The conductor finally issued a ticket to her destination, even as some passengers filmed the incident and posted it on social media, which has gone viral.

Higher Education Minister K Ponmudi's reported remarks made on the government's free bus travel scheme for women has attracted lot of criticism, including from the opposition AIADMK, with many claiming that it belittled women.

AIADMK interim general secretary and state Leader of Opposition, K Palaniswami, alleged that the minister made critical remarks about the scheme and wondered if it was not a government-funded one.