Post the announcement of the second metro line, the cities real estate developers were quick to cash in on this opportunity. 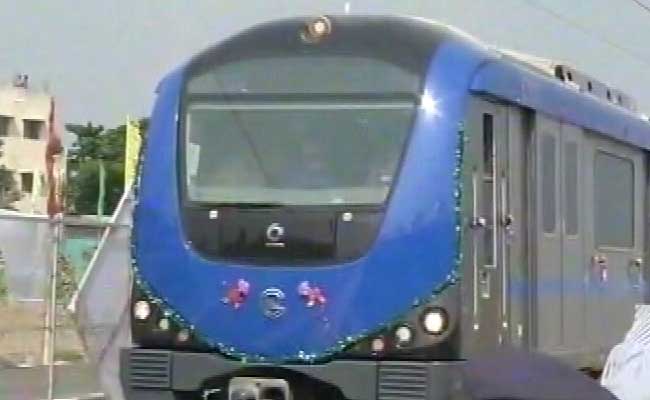 Chennai: A month after its grand inauguration, the second phase of Chennai metro that covers a seven kilometre stretch is helping the citizens of Chennai get around the city, hassle free.

Not only has the city's first underground metro service reduced travel time by a considerable margin, it has also ensured a possible real estate boom. The capital city's real estate industry has been on a sluggish growth trajectory, for the reason that the physical and social infrastructure is not at par with the growth and expansion of the city.

After the launch of Chennai's first metro line in 2015, the launch of its second line took place after a prolonged delay. Since it was open to public, the 7.4 kilometre stretch connects important parts of the city, including the government bus depot, airport, Central Business District and South Chennai. Not only has the newly launched metro line helped decongest roads, it has improved land value and boosted the rental markets along these areas.

Real estate consultant Knight Frank says there might be a 45 per cent price appreciation in Guindy-Alandur by 2020. With the metro line in place, these areas are turning out to be homebuyers' favourite due to their affordable pricing.

Post the announcement of the second metro line, the cities real estate developers were quick to cash in on this opportunity. Big names in the city including Appaswamy, Ramaniyam, Casa Grande and Kgeyes have already established massive integrated townships along the metro corridor.

Developers like Srinivasan Gopalan of Ozone Group say properties get sold out like hot cakes. "When metro was announced, since then we have been seeing surge in sales along metrozones. There has been a 33 per cent increase in the sales that can be attributed to the metro," he said.

With the metro service in full swing, feeder services to the metro stations need to be extensive so that people can reap the benefits of the service to the fullest. The metro line adds to Chennai's already established network of local trains, bus service and share autos.

Promoted
Listen to the latest songs, only on JioSaavn.com
The news of the metro rail extension to North Chennai and Anna Salai also came as big news to the real estate community.

The metro line is expected to being an extra push in the industrialisation and job creation in North Chennai. Experts, however, bet their money on Anna Salai that could turn into a junction for both residential and office spaces.