Telangana to include 2 more districts, a political call by Centre: sources 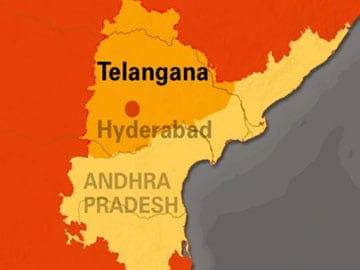 Hyderabad/New Delhi: The Centre has decided to redraw the boundaries of the proposed Telangana state to include two more districts, in a political decision reportedly cleared by Prime Minister Manmohan Singh and Congress president Sonia Gandhi.

The proposed new entity called ''Rayala-Telangana' will include the Rayalaseema districts of Anantapur and Kurnool, besides the 10 Telangana districts. The two states carved out of Andhra Pradesh will then each have 21 Lok Sabha and 147 assembly constituencies.

The cabinet is likely to clear the proposal on Wednesday before sending it to the President.

A Group of Ministers tasked with working out a roadmap for India's 29th state, reportedly recommended the redrawing after taking the consent of village councils and elected representatives of both districts.

Ministers in the panel are also part of the Congress core group - the party's top decision making body - which includes the PM and Sonia Gandhi.

Sources say ahead of the national election due in May, the Congress sees in Rayala-Telangana a way of containing the influence of both the Telangana Rashtra Samiti (TRS), which has been at the forefront of the Telangana movement, and the YSR Congress party of Jagan Reddy, who has a strong base in Rayalaseema.

The BJP and the TRS have strongly opposed the move and so have Congress leaders from Telangana region.

Promoted
Listen to the latest songs, only on JioSaavn.com
But sources say the Congress is hoping that electoral gains from the equal division of seats will compensate for any anger that the party might face from Seemandhra, where political leaders including Chief Minister Kiran Reddy, have vehemently opposed bifurcation.

The new formation will have Hyderabad as the common capital for 10 years with the Governor in charge of law and order.