Rajinikanth Has Gurukripa, Is A Man Of His Word, Says His Elder Brother

69-year-old Rajinikanth sought the blessings of his brother, who wished him good health and a long life. 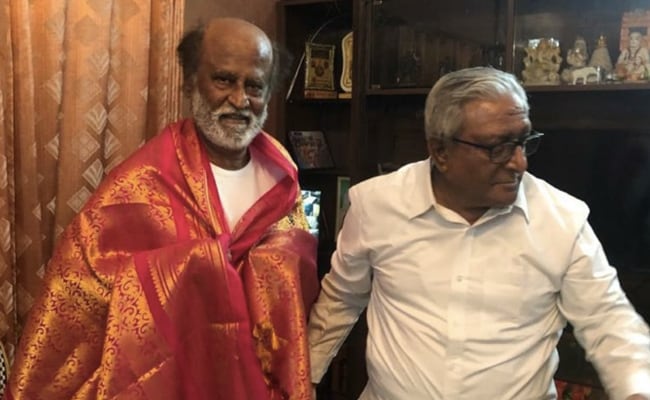 Ahead of launching his political party next month, Tamil superstar Rajinikanth paid a visit to his elder brother R Sathyanarayana Rao in Bengaluru, where he grew up.

"We hadn't met for quite some time. He came last night and left this morning for Chennai after spending some good time," 77-year-old Rao told PTI on Monday.

69-year-old Rajinikanth sought the blessings of his brother, who wished him good health and a long life.

Mr Rao declined to offer comments on the political innings of his brother.

"Didn't he say that he (Rajinikanth) will talk about that on December 31?" Mr Rao said.

Mr Rao recalled that Rajinikanth spent his childhood in the city, where he was born, and lived here till the age of 22 before shifting to Chennai.

"He (Rajinikanth) is a man of his word. He definitely does what he says. He always keeps his word," Mr Rao added.

Rajinikanth announced on Thursday he would launch a political party in January 2021 to contest in the Assembly elections in Tamil Nadu.