Kochi Metro Trials Begin, To Be Operational From June

It was the Oommen Chandy government which took up the ambitious project after it was first mooted by him in 2005. 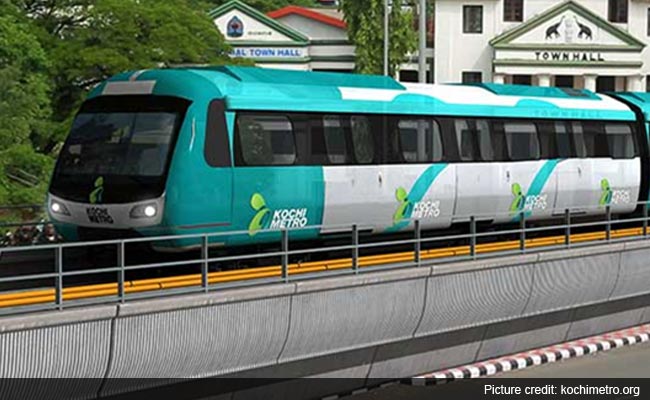 Kochi: The first service trials of the Kochi Metro began today paving the way for commercial operations. The metro train service will commence from June, an official said.

The trial runs began at 6 am. There are 142 listed trial runs till 9 pm. Trains with four coaches are undergoing the service trials.

The trials included every procedure -- signalling, status display at the stations and the announcements for passengers. Every aspect was being checked.

Authorities are now waiting for the exact date from Prime Minister Narendra Modi to officially open the service.

Elias George, who is heading the Kochi Metro Rail Corporation (KMRC) is a proud person as this would be the fastest completed Metro project in the country.

It was the Oommen Chandy government which took up the ambitious project after it was first mooted by him in 2005.

Later when the VS Achuthanandan government took over in 2006, the project went into a limbo, only to be put back on track by Mr Chandy again in 2011.

Work on Kochi Metro began in 2012 after Chandy's government entrusted the project to DMRC with its principal advisor Sreedharan overseeing it.

There are 11 stations in the 13 km stretch that is being pressed into service. Six of these stations have been fully completed and the remaining ones would be ready in two weeks time, the official added.