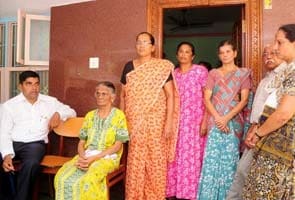 Bangalore: A relative of the Indian-born nurse who apparently killed herself after an Australian radio station's royal hoax call said on Sunday her family is shocked at the news.

She had put the call from the station through to a colleague, who relayed details about Kate's condition which made headlines around the globe. Saldanha was later found dead in staff accommodation.

A member of her family, who live in the town of Shirve 400 kilometres (250 miles) from the southern city of Bangalore, said they could not believe the mother-of-two could commit suicide.

"We were shocked to hear from her husband (Benedict Barboza) that Jacintha was no more. He did not tell us that she committed suicide," Jacintha's sister-in-law Irene D'Souza told AFP by telephone.

"It is hard to believe Jacintha could commit suicide as she was not the type of woman to do it."

D'Souza said Jacintha was planning to come to India to celebrate Christmas with the family and they were planning a big party.

"But today we are going to the church to pray for her soul and for her children, who are going through a bad time."

British media have termed Saldanha's death a suspected suicide. Police, ahead of an autopsy next week, say it remains unexplained but is not being treated as suspicious.

William and Kate, who left the hospital last week, said they were "deeply saddened" by the death of the nurse.

Saldanha lived with her husband and two children in the western English city of Bristol. She had moved to Britain from India around 12 years ago.