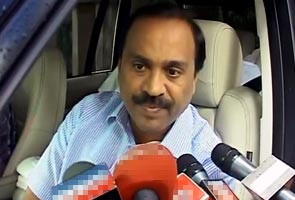 Bellary (Karnataka): The CBI on Saturday conducted searches in the premises of three associates of jailed mining baron G Janardhana Reddy at Hospet in Bellary district as part of its probe into illegal export of iron ore.

Raids are being conducted in Sandur Taluk of mine-rich Bellary district also, they said.

CBI had on Friday filed an FIR on the illegal export of iron ore from Belikeri port in Uttara Kannada district in Karnataka, the investigation of which has been entrusted to it by the Supreme Court.

Promoted
Listen to the latest songs, only on JioSaavn.com
The CBI had earlier filed a criminal case on the directions of the Supreme Court in October last year against Reddy and others under various IPC sections, Prevention of Corruption Act, Indian Forest Act and Mines and Minerals Development and Regulation (MMDR) Act 1957.