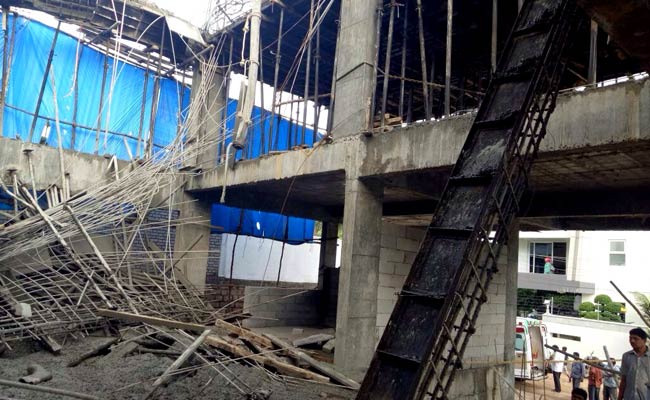 An FIR has been registered against the owner of the premises.

Hyderabad: Eight persons, including seven labourers, were injured when a scaffolding erected for construction of a slab roof collapsed in Jubilee Hills area in Hyderabad.

According to Greater Hyderabad Municipal Corporation (GHMC) officials, the incident occurred yesterday when the scaffolding on the duplex residential structure under construction collapsed, resulting in injuries to seven labourers and the owner of the premises.

"There was no causality, but seven labourers and the owner suffered minor injuries. Two of them suffered fractures. All were admitted to a hospital and were discharged yesterday itself," they added.

Promoted
Listen to the latest songs, only on JioSaavn.com
An FIR has been registered against the owner of the premises.

(This story has not been edited by NDTV staff and is auto-generated from a syndicated feed.)
Comments
Jubilee HillsHyderabad building collapseGreater Hyderabad Municipal Corporation