Pune Auto Driver Spent Wedding Funds On Migrants, Got Help From People, Used That Too

Akshay Kothawale (30) is again using the monetary help he has received to provide food and ration kits to the needy and poor people in Maharashtra's Pune.

Akshay Kothawale said he was grateful for the overwhelming support he has got.

The gesture of a Pune-based auto-rickshaw driver to use the money saved for his wedding to feed migrant labourers has moved people across the country, many of whom have opened their purses to offer monetary help to him.

In turn, Akshay Kothawale (30) is again using the monetary help he has received to provide food and ration kits to the needy and poor people in Maharashtra's Pune.

Talking to PTI, Mr Kothawale said he was grateful for the overwhelming support he has got and is encouraged to keep helping those he finds in need on Pune streets.

Mr Kothawale had saved Rs 2 lakh for his wedding, which was earlier scheduled on May 25 but got postponed due to the coronavirus-enforced lockdown. 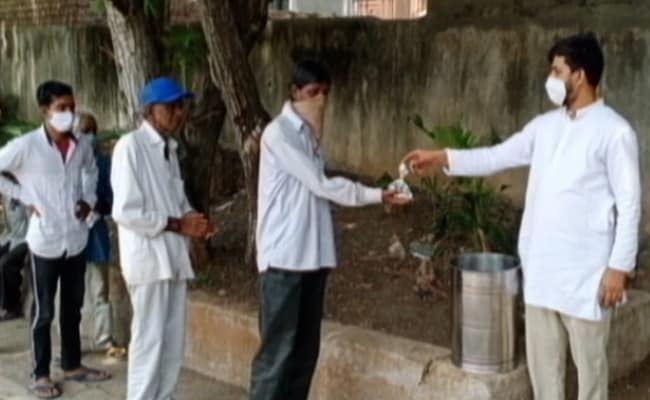 Pained to see poor people, especially migrant workers, facing hardships due to no work and no income, he along with some of his friends set up a kitchen with the money he had to prepare food, and also distributed it at several places in Pune.

In the midst of this, his father died last month, but the tragedy did not deter him and he continued with his initiative.

After reading about Mr Kothawale's gesture and his resolve to continue with food distribution, many people from across the country offered him monetary help.

"I have received around Rs 6 lakh from people across the country. I am very grateful for the warm and kind gesture shown by people who, after reading about our initiative, came forward and lent a helping hand," he said.

Mr Kothawale said he will continue food distribution in several areas with the money he has received.

"With funds in hand, we have purchased essential grocery items from the wholesale market and along with the cooked food, we are planning to distribute ration kits to the needy families," he said.

Besides food distribution, Mr Kothawale offers free rides in his auto-rickshaw to senior citizens and pregnant women who need to visit a doctor.

He has also put up a loudspeaker on his auto-rickshaw through which he and his friends have been creating awareness among people about COVID-19 and how to stay protected against it.