Who is Ranbir Kapoor? 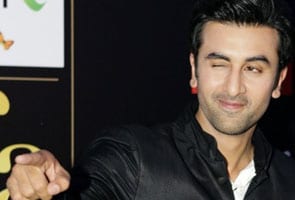 New Delhi: From a dropped towel in Saawariya to a much-lauded turn as the tortured Rockstar, the last six years have been an evolution of sorts for Ranbir Kapoor. Now, he's poised for more critical and box office glory with Barfi, in which his character is hearing and speech impaired.

Ranbir Kapoor was born on September 28, 1982 in Mumbai, Maharashtra. His elder sister, Riddhima Kapoor, is married to Delhi-based businessman Bharat Sahni.Ranbir Kapoor went to Bombay Scottish School in Mahim, Mumbai. He later studied method acting at The Lee Strasberg Theatre and Film Institute in New York. Before turning to acting, Ranbir earned his stripes assisting director Sanjay Leela Bhansali and he was involved in the making of the critically acclaimed 2005 film Black.

Ranbir's big break came with Sanjay Leela Bhansali's sweeping saga Saawariya, opposite fellow newcomer Sonam Kapoor. He was next seen in Siddharth Anand's romantic comedy film Bachna Ae Haseeno, where he played a breaker of hearts. 2009 was a good year for the Kapoor boy. That year he appeared in critically and commercially successful films like Wake Up Sid and Ajab Prem Ki Ghazab Kahani. As Rocket Singh in Rocket Singh: Salesman of the Year, Ranbir received an emphatic thumbs up from the critics, but not from the box office.

Ranbir proved that he could juggle his loverboy roles with those that demanded deeper histrionics with Raajneeti and Rockstar. He was nominated for the Filmfare Best Actor award for Raajneeti, and won it for Rockstar.

Promoted
Listen to the latest songs, only on JioSaavn.com
Ranbir, who is expected to deliver another award-winning performance in Barfi!, is modest about his achievements, telling NDTV:"I have no notions about myself, yes I am an ok actor, fine I am talented. But I am well aware that I don't have the star power of a Salman, Aamir, Ajay Devgan." At 30, Ranbir has acquired a reputation as a casanova among his contemporaries. A relationship with Bachna Ae Haseeno co-star Deepika Padukone was reportedly broken up by a rumoured romance with Ajab Prem Ki Gazab Kahani heroine Katrina Kaif. After publicly being lampooned by a vengeful Deepika on Koffee With Karan, Ranbir seems to have mended his bridges with her, often spotted out and about on the town together. The two are also co-starring in Yeh Jawaani Hai Deewani. Ranbir and Katrina's reported romance didn't last long either but, again, their relationship is on the mend too with Katrina being sighted visiting his bungalow recently.

Clearly, it's hard to resist Ranbir Kapoor. A sentiment that his ex-girlfriends seem to share with his audience.