British citizens Sri, 83, and Gopi, 79, who are based in London, are two of the four brothers controlling the empire. The two moved to London in 1979 to develop the export business. 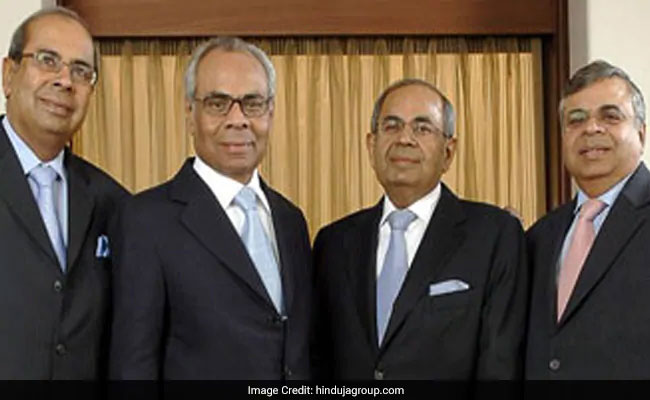 Hinduja brothers have been named as the wealthiest people in UK for a third time.

The billionaire Hinduja brothers have been named as the wealthiest people in the UK for a third time, according to the Sunday Times Rich List.

Sri and Gopi Hinduja saw their fortune increase by 1.356 billion pounds ($1.7 billion) in the last year to 22 billion pounds, the BBC quoted the list as saying.

The Hinduja Group, a family business, was founded in Mumbai in 1914, and now it has interests around the world including in oil and gas, banking, IT and property.

British citizens Sri, 83, and Gopi, 79, who are based in London, are two of the four brothers controlling the empire. The two moved to London in 1979 to develop the export business.

The third brother Prakash manages the group's finances in Geneva, Switzerland while the youngest, Ashok, oversees the Indian interests.

Among the properties they own is the Old War Office in Whitehall, which they plan to reopen as a luxury hotel.

The list, which estimates the 1,000 richest people in the UK, is based on identifiable wealth including land, property, other assets such as art, and shares in companies, according to the Sunday Times.

It does not include the amount contained in people's bank accounts.

His net worth dropped by 2.9 billion pounds since last year, the paper says.

For the sixth year in a row, Scotland's richest person was named as Glenn Gordon and his family, the Jersey-based tycoon behind distillers William Grant & Sons. The group produces whiskey including Grant's, Glenfiddich and The Balvenie, as well as Hendrick's gin.

Top of the Music Rich List in the UK - which includes writers and performers - was Andrew Lloyd Webber with a fortune of 820 million pounds.