"She wanted to make sure (the cats) were taken care of." 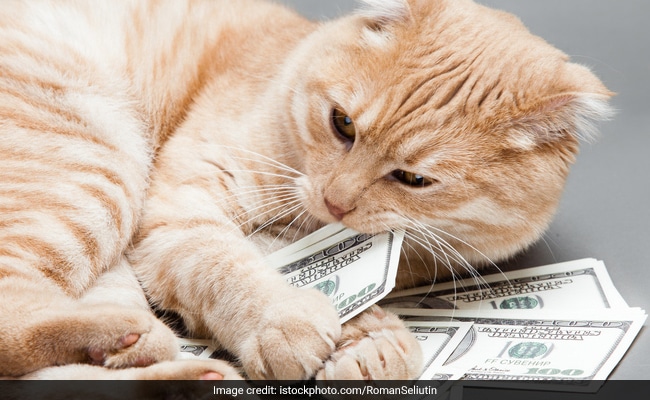 A woman in New York left $300,000 to her two cats in her will (Representational Image)

A New York woman has left her two pet cats $300,000 in her will. Ellen Frey-Wouters, who died at the age of 88 without any heirs to inherit her $3 million estate, left $300,000 in a trust fund for her cats, Troy and Tiger. She left strict instructions that the money be used to ensure her pets would be "lovingly" cared for and never caged.

The pampered felines will have all their expenses, including food, grooming and veterinary care, covered by the generous trust fund.

"The cats were like her babies," Dahlia Grizzle, Ms Frey-Wouters' former health care aide told the New York Post. Ms Grizzle will now take care of one of the cats, Tiger. "He's a wonderful cat," she said.

Ms Frey-Wouters' lawyer admitted he was initially skeptical at her decision.

Promoted
Listen to the latest songs, only on JioSaavn.com
"I said I didn't think, you know, $300,000 was necessary," Ms Frey-Wouters' lawyer Irwin Fingerit told New York Post. But she insisted. "She wanted to make sure they were taken care of."

After the cats die, the balance of their trust fund will go to Ms Frey-Wouters' sister. The rest of her $3 million estate was divided between two other health care aides, various charities and her lawyer. Click for more trending news

The Funniest Memes That Came Out Of Meghan And Harry's Interview