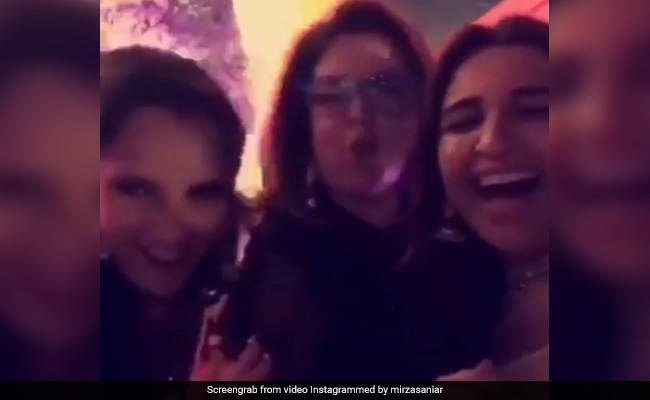 Throwback Thursday came early for tennis star Sania Mirza, who took to Instagram on Sunday night to share a short video from sister Anam's wedding last year. Featuring in the video, much to everyone's delight, are her besties from Bollywood: actor Parineeti Chopra and director and choreographer Farah Khan.

The video features the three women mouthing the lyrics to last year's superhit song Kala Chashma from the Katrina Kaif-Sidharth Malhotra starrer Baar Baar Dekho. Farah Khan, the only of the three actually wearing her chashma, or glasses, points to them as she laughs out loud during the video. The three BFFs seem to be having a blast as they dissolve into laughter while grooving to the song.

The video has already been viewed over 1.3 lakh times since being shared less than 12 hours ago and people seem to be loving it.

Promoted
Listen to the latest songs, only on JioSaavn.com
"None of you wearing kala chashma but..." jokes one person. "Girls just want have fun," writes another.