1.5 million views for the hilarious exchange between Diljit Dosanjh and Alexa 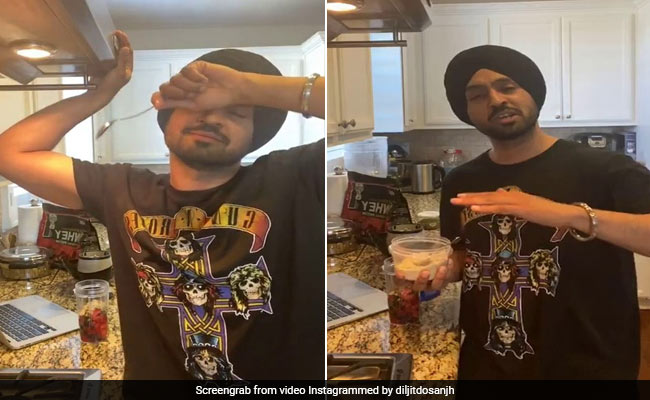 A viral video has captured Punjabi singer and actor Diljit Dosanjh's war of words with Amazon's virtual assistant Alexa. Diljit took to Instagram on Wednesday to share the video which shows him requesting Alexa to play one of his songs, 'Clash' - and the AI failing to do so repeatedly. The hilarious exchange took place as the singer made a berry smoothie in his kitchen.

While the video begins with Diljit professing his love to Amazon Alexa, his feelings soon change after the virtual assistant is unable to comprehend repeated requests from him to play one of his songs.

"Alexa, play Clash by Diljit Dosanjh," the singer says more than once - only to have Alexa play something completely different each time or respond with "I couldn't find Clash".

With each failed attempt, Diljit's reactions get funnier and funnier. "Kinni pahri hai, hunne laaya si," he exclaims at one point, which roughly translates to "I just bought it and it's so useless."

"CLASH BETWEEN ME & ALEXA," wrote Diljit Dosanjh while sharing the six-minute clip.

Does Alexa finally get the message? Watch the video below to find out:

Since being shared one day ago, the video has collected 1.5 million views and over 5,000 amused comments.

"You are too funny. Thank you for entertaining us every time," wrote one person in the comments section.

"Best thing I have seen on the internet in 2020," another remarked.

'Clash' is a song from Diljit's latest album, G.O.A.T, which was released in July.

Diljit Dosanjh has kept his fans entertained with a series of hilarious Instagram posts. In May, his recipe for "fat free" pasta had also gone viral.