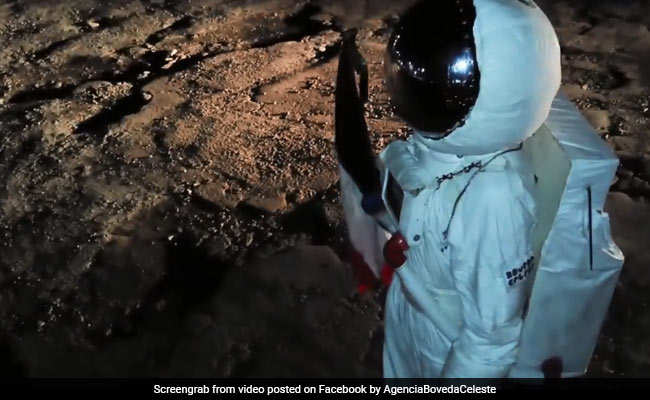 Baadal Nanjundaswamy's famous 'moonwalk' has been recreated in Mexico.

Noted Bengaluru-based artist Baadal Nanjundaswamy recently shared video clip of him walking on a potholed road in the city resembling craters on the moon while dressed as an astronaut. The video has now been recreated in Mexico.

Baadal took to Twitter to share the video from Mexico wrote, "...and they recreated it in Mexico! #mexican roads."

...and they recreated it in Mexico! #mexican roads pic.twitter.com/Pz2yfgQrPv

Mexican agency Boveda Celeste had contacted him on Facebook for the permission to recreate the video.

The video shared on social media shows someone dressed up in an astronaut suit, walking slowly on a damaged road, just like the one shared by Baadal. The person carries the Mexican flag and there is audio in the background.

Baadal has received many requests to recreate this 'moonwalk' in different parts of India and in other countries as well.

The Bengaluru-based artist has used his creative artwork in the past too. He has created dummy mermaids and crocodiles around potholes to draw the Bengaluru municipality's attention to the city's infrastructure woes.