Bengaluru, We Have A Problem: Artist Turns Astronaut To Reach Civic Body

The clip was shared across social media platforms and was viewed over 2 lakh times on Twitter, receiving quirky responses. 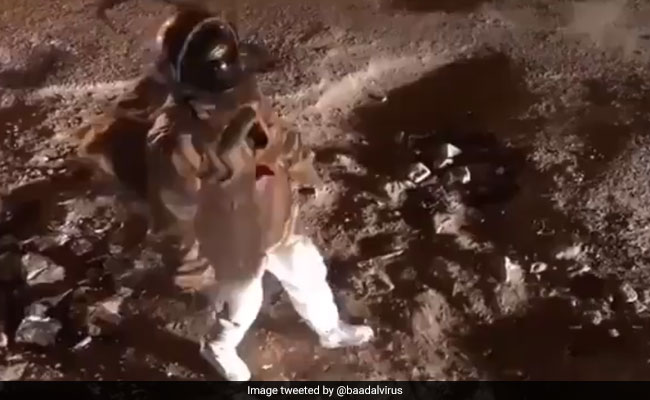 The 45-second clip begins with what looks like low-gravity steps on the lunar surface.

Rocky terrain, a man in a space suit and the "moonwalk" - no, this is not the description of a mission to the Earth's nearest celestial neighbour but of a street in Bengauluru where an artist recreated a scene to highlight the lunar crater-sized potholes in the city.

The 45-second clip begins with what looks like low-gravity steps on the lunar surface. The illusion of the "moonwalk" quickly fades away as an auto rickshaw enters the frame. The camera then pans to show the pothole ridden Tunganagar Main Road in North Bengaluru.

The video - "Hello bbmp" was posted by Baadal Nanjundaswamy, a city-based street artist. The Bruhat Bengaluru Mahanagar Palike or BBMP is Bengaluru's civic authority. The artist, in his post, tagged several BBMP officials.

The clip was shared across social media platforms and was viewed over 2 lakh times on Twitter, receiving quirky responses.

@baadalvirus Boss will you lend me your Astronaut Suit for a day, I would like to explore the craters on Hyderabad roads. I promise our Roads are exact replica of Moon Surface, I challenge it will be better visually than the one photographed by Neil Armstrong.@TOIHyderabad

This is not Baadal Nanjundaswamy's first attempt at drawing attention to the condition of roads and potholes. In the past, the artist has been part of several street art installations that highlight the pothole menace across the city. 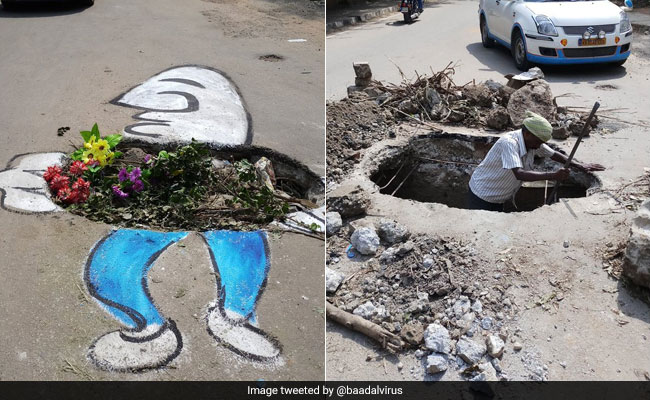 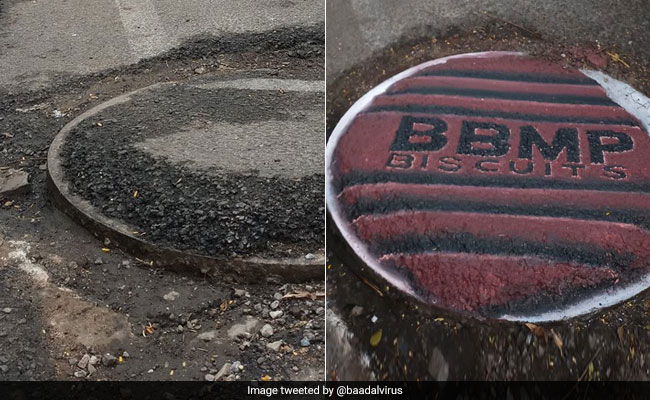 Bruhat Bengaluru Mahanagar Palike had announced last week that engineers of the civic body will be fined if they fail to fill potholes in the city. There are over 2,500 potholes in Bengaluru, it said.