Tyson The Stray Hippo Captured In Mexico. Nobody Knows Where It Came From

Nobody knows where the 600 kg stray hippopotamus came from. Hippos are not native to Mexico. 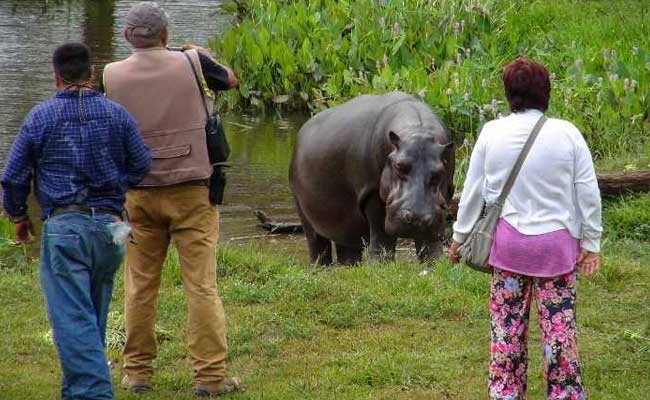 Mexico City, Mexico: A stray hippopotamus that had been roaming around the countryside in Mexico has been captured after a 10-day hunt and relocated to a wildlife refuge, authorities said Tuesday.

"Tyson," as locals had named the stray hippo, drew a large fan following -- and even inspired his own Facebook page -- after mysteriously showing up several weeks ago in a rural area in Las Choapas, in the eastern state of Veracruz.

But with locals flocking to take his picture, feed him and even pet him, Mexican environmental authority Profepa feared a tragedy in the making. Nile hippopotami are notoriously dangerous, and have been known to maul and even devour people. 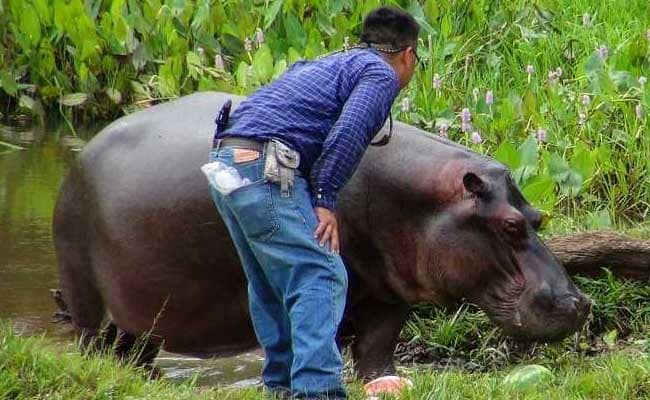 "Since this is an exotic species of African origin and its presence in the fields of the Las Choapas municipality posed a high risk to people and the ecosystem ... Profepa launched a special operation to relocate him to a secure site," the authority said in a statement.

It is unclear how Tyson -- who weighs 600 kilograms (1,300 pounds) and is believed to be about three years old -- ended up on the loose in Mexico.

Locals have speculated he may have escaped from a drug kingpin's collection of exotic pets.

In Colombia, a herd of hippos once owned by late drug lord Pablo Escobar has invaded the countryside near his former ranch, a massive problem for the local authorities.

Veracruz has its share of drug traffickers, too -- with its large port of the same name, the state is hotly disputed territory for Mexico's powerful drug cartels. 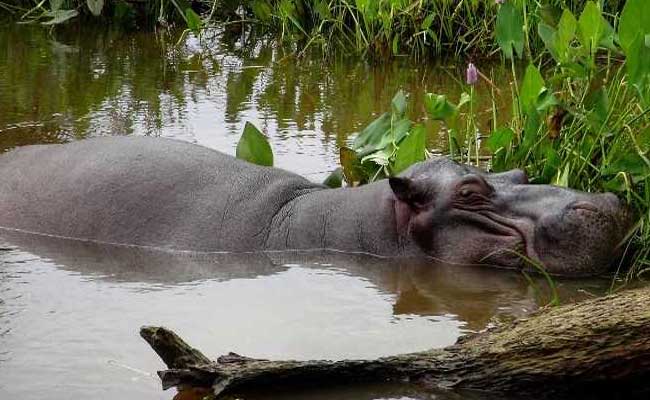 The hippo was found in a stream at Las Choapas locality, in Veracruz state, Mexico (AFP)

An AFP photographer who visited the area shot images of locals approaching Tyson to take his picture. One man even appeared to bring him a watermelon and pet him.

As Profepa tracked Tyson's every move over the course of 10 days, plotting their strategy to capture him, locals protested the plan, at one point chanting "Don't take him away!"

But environmental authorities managed to lure him into a cage, ultimately using food as bait and no tranquilizers, they said.

He was taken to the Citlaltepetl wildlife reserve in Orizaba, some 370 kilometers (230 miles) away.

Promoted
Listen to the latest songs, only on JioSaavn.com
He will remain there "until his legal status is determined," Profepa said.